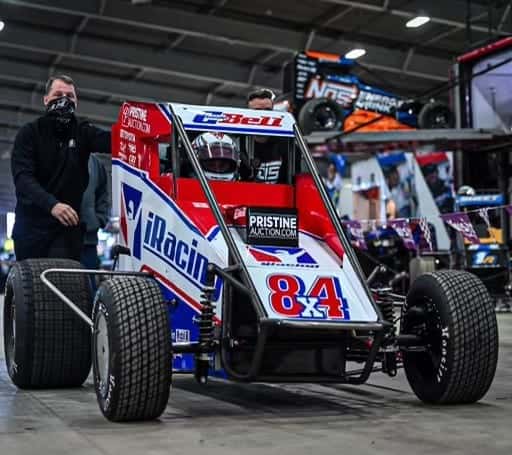 For as stellar a race as he drove, Kyle Larson’s mouth is what rocked the racing world after winning the 2020 Chili Bowl.

Said the defending champion, “I’m sorry NASCAR. I’m sorry Daytona, but this is the biggest f***ing race I’ve ever won.”

Comparing the Chili Bowl to Daytona is nothing new. Three-time Chili Bowl feature winner Christopher Bell has said the main event at the Tulsa Expo Center “was his Daytona 500 growing up,” an event that he still today considers his favorite on the motorsports calendar.

But, as I wrote making my way down to Speedweeks a year ago, Larson’s was an incendiary comment, one that had dirt racing fans puffing their chests and asphalt fans incredulous at comparing an indoor race on a temporary track to the Great American Race. And admittedly, I was one of those last year that preferred central Florida to central Oklahoma, closing my season opening commentary last year stating there was nothing I’d see over the next 10 days of racing (including plenty of dirt races) that’d top the goosebumps I felt Sunday morning anticipating the Daytona 500.

Now, I have to admit that I am a rookie when it comes to the Chili Bowl. Part of that is because over the last decade that I’ve been writing on and off for Frontstretch, I was on the NASCAR beat, and the Chili Bowl marked a six-day racing event two weeks before starting the marathon that is Speedweeks. The offseason was ever fleeting to commit to such an event.

But it had more to do with the practical fact that the $144.99 that it cost to pay for the week-long PPV on RacinBoys was more expensive than what it would cost me to make a three-hour trip to the Allentown Indoor Race, score a primo seat, eat as much stadium food as I could stomach and leave with a t-shirt, program, and the racing bug sufficiently itched until it was time to trek to Daytona.

And while a combination of being new to the dirt scene and COVID restrictions means I’m taking in my first Chili Bowl on Flo Racing from my living room, it’s hard to talk down the spectacle the event is, even with the crowd in Tulsa capped at 25% capacity.

An entry list of 307 cars, a count that most of the tracks in this country would kill to have. A field that would make any promoter salivate. The defending NASCAR Cup Series champion. The defending World of Outlaws champion. Multiple defending USAC national champions. A Daytona 500 champion. Multiple Brickyard winners. An immaculate track surface with as much character as any of the drivers racing on it. And unlike the Washington Redskins and Bristol Motor Speedway, when they say there’s a waiting list longer than a lifetime to get tickets to the event, the Chili Bowl isn’t lying through its teeth.

All of this despite the fact that it’s a midget car race, a form of dirt racing that outside of maybe Indiana Midget Week is overshadowed by the super late models and 410 winged sprint cars of the world. All of this for an event that pays $10,000 to win; for perspective, the Chili Bowl A-main isn’t even the richest dirt racing purse up for grabs this particular weekend. A non-descript midweek WoO show anywhere all season long pays as much.

That’s not to say that I’ve gulped the kool-aid, ready to bellow with Larson that this is the biggest f***ing race in America. Yes, the Chili Bowl is the hardest ticket in American motorsports to get. That’s what happens when the grandstands hold 20,000 instead of 100,000-plus. For as influential a race as this is, the only way to see it is to web stream it. Until 8 p.m. on feature night that is, at which time race fans either have to switch from one streaming app to another, or be lucky enough to have an obscure cable provider that has MAVTV on it. No disrespect to Flo Racing, which has done a phenomenal job broadcasting from Tulsa over the last few weeks, but the biggest f***ing race in America is not a streaming product. (I do want to give Kevin Swindell a specific shout-out, he has provided a driver perspective that actually adds to a broadcast. NASCAR’s booths should be taking notes.)

Getting away from dollars and market share, I will say this. For as great as the racing at the Chili Bowl is, I still find the concept of indoor racing problematic.

I’m no stranger to it. When the Midwest Indoor Racing Series events in Michigan coincided with my annual trip the auto show in Detroit, I made the trek to Kellogg. For the last few years, Allentown was a fixture on my racing calendar. All of these races had the same limitations. They felt temporary because, well, they were. The races were dependent on putting coke syrup down on the floor and otherwise having a single file line of cars bang on each other to get up front. The programs that went longer than they needed to because go-karts had to fill out the card. I’ll alienate fans for saying this, but I’m not paying to watch a race that for $10 I can participate in at the local fun park.

These races were never classics that stick with me in my racing annals. They were a quick fix, a sugar high that itched a need until Speedweeks came.

Now granted, the Chili Bowl is far better racing. There’s little in motorsports that dirt can’t make better, and the fact is that when the racing is suffering at Tulsa, a little tilling here and water there, and suddenly the track is racy again. The Chili Bowl also benefits from avoiding dilution in the form of support classes. No knock on the four-banger drivers of this country, but after watching shows across the South over the first two weeks of 2021 go longer than 12 hours to run, it’s a relief to see a program where every feature is leading towards the main event. Though Tuesday night at Tulsa was a freaking marathon….

I’ve said it in literally I’ve every article I’ve written for Frontstretch on my new dirt beat, and I’ll say it again. Passing points are unnecessary. I don’t want to watch a race, from my living room or a grandstand, with a matrix and a calculator. I said my piece recapping the Tulsa Shootout a few weeks back, so I’ll link it rather than rewrite it. Suffice to say, I’d call passing points retarded, but I get enough sensitivity training at work. So Iet’s call passing points pointless and move on with our lives.

I’d also argue that for as great an event as the Chili Bowl is proving to be three days into my experience with it, the motorsports community collectively needs to be careful how the event is regarded. Because after years of the bigwigs of American motorsports stressing the need to bridge the gap between the NASCARs and the local grassroots short tracks of the world, it’s important to consider the Chili Bowl for what it is.

The Chili Bowl is short-track racing. Grassroots may be a stretch. Yes, the event comes from humble beginnings. Yes, the entry list is open, and yes there is something to be said about teenage up and comers running heats with the likes of a Larson or a Bell. But it’s hard to consider an event that features an 11-car mega-team on the entry list, NASCAR personalities in the pits and the type of driver talent described earlier as a “grassroots” event.

What I can’t argue is what this race means to the drivers that contest it. And even only three days into my first Chili Bowl, that attraction I get. Even the biggest names in American motorsports are all but anonymous here, one of 300-plus cars and able to wander the pits unmolested. The format of the event and its field size makes even opening heat races of the utmost urgency. It’s like when the entire field has to “go or go home” it makes the racing better….

It’s a standalone event. There are no standings or points to play for. The money isn’t big enough to make a difference.

But what I hadn’t picked up on that’s dawned on me watching this event is the track itself plays a major role in making this event special. It only exists a few weeks a year. In terms of exclusivity, in many ways it represents now what Indianapolis used to before being bastardized by a road course, infield dirt track and multiple NASCAR snoozefests a year. Drivers race Tulsa in January or they don’t race Tulsa. Less often is more.

AutoWeek’s Matt Weaver, as expert a short-track analyst as there is on today’s motorsports beat, went as far this week as to dub the Chili Bowl a “kingmaker” event. Is it that?

Bell and Larson are unquestioned kings of Tulsa, but when it comes to bigger stages their story is as of today potential to come, not trophies won. As for the champs in the field, Brad Sweet and Aaron Reutzel are among the best sprint car drivers in America. No one in my household knows who they are.

On the other hand, Chase Elliott is a household name. He also doesn’t figure to contend to win a race that’s been won by the same three drivers (and dirt experts) over the last seven years.

It’s an undisputed fact that the Tulsa Expo Center is the largest freestanding building on earth. Is the Chili Bowl the biggest f***ing race in America?

I asked the driller to weigh in. I couldn’t read his lips behind his mask.

Chili Bowl is truly a bucket list event. There are numerous others both dirt and asphalt. Unfortunately Daytona and Indy are no longer in that group. Small fields of identical cars, along with monotone drivers afraid to ruffle sponsors feathers make NASCAR and Indy Car just boring and too often predictable. Oh, and then, there is Stage racing.

Nothing’s more predictable than Bell and Larson dominating this event. OTOH, in the 7 years that NASCAR has had its current Championship format, there have been 6 different champs. Stop your whining.

The fact that two NASCAR drivers, Bell and Larson, have completely dominated this completely predictable “event” for years makes me realize it’s an over-hyped over-specialized form of racing that says next to nothing about a driver’s overall expertise. It’s a very specialized talent, like being able to touch one’s nose with one’s tongue.