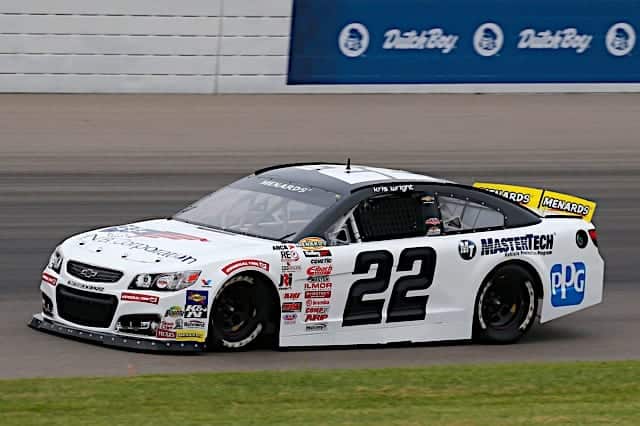 The news comes after SHR tagged Brandon Gdovic and Santino Ferrucci to drive for the team.

Wright will compete in the seven road course events, starting at the Daytona International Speedway road course on Feb. 20.

In 2020, Wright raced in the Sunoco 159 on Daytona International Speedway’s road course for GMS Racing in the Truck Series. He started 26th and finished 25th.

Additionally, Wright ran in six ARCA Menards Series events and earned three top 10 finishes. His best runs were a pair of sevenths at Lebanon I-44 Speedway and Kansas Speedway.  In three starts in the ARCA Menards Series West, Wright earned top five finishes in both races at Utah Motorsports Campus while driving for Pitts Racing.

”I’m really excited to be competing with (Sam Hunt Racing) in the 2021 Xfinity Series,” Wright said in a team release. “Sam has great equipment and I’m hopeful I can get the most out of it.”

Wright comes to NASCAR from a road racing background.  He won the 2018 IMSA Prototype Challenge presented by Mazda championship and has extensive experience in what is now IMSA Michelin Pilot Challenge, primarily in the former Street Tuner class.

Earlier Thursday, SHR also revealed that Chris Lambert would spot for the team in the full 2021 season. Lambert spots for Denny Hamlin in the Cup Series.