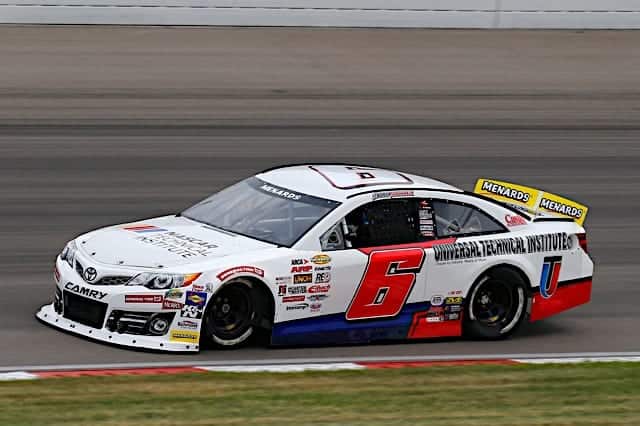 Nick Sanchez will compete full time in the ARCA Menards Series for Rev Racing in 2021. The Pit Lane initially reported the news, and the team confirmed it on Friday morning (Jan. 15). Sanchez will drive the team’s No. 6 Chevrolet.

“I could not be more excited to take this next step in my career,” Sanchez said in a team release. “The guys have worked extremely hard to prepare the No. 6 UTI/NTI Max Siegel Inc. Chevrolet for the 2021 season. We will continue to focus on growth and build on the momentum we have continued to see over the last several years.”

Sanchez made four ARCA starts last year. He scored two top-10 finishes, with a career-best finish of sixth in the second race of the season at Phoenix Raceway.

Sanchez also competed full time in the ARCA Menards Series East in 2019. He finished third in the championship standings with two top fives and six top 10s in those six races. His best finish of fourth place came in the season opener at New Smyrna Speedway.

I’m proud to announce I’ll be returning to @RevRacin this year, but this time I’ll be running full-time in the ARCA Menards Series. Thankful for the opportunity Rev Racing has given me. Ready to get to Daytona! pic.twitter.com/l55pVqkrVI

Rev Racing noted its full driver lineup will be released in early February. According to The Pit Lane, Sanchez will have a teammate in ARCA’s Sioux Chief Showdown races. In addition, Rev will field a full-time team in the East series. This means Sanchez will have an additional teammate in three races, as there will be three combination races between the national series and the East series.

In this weekend’s ARCA test at Daytona International Speedway, Rev Racing has also filed an entry for Mark Green.