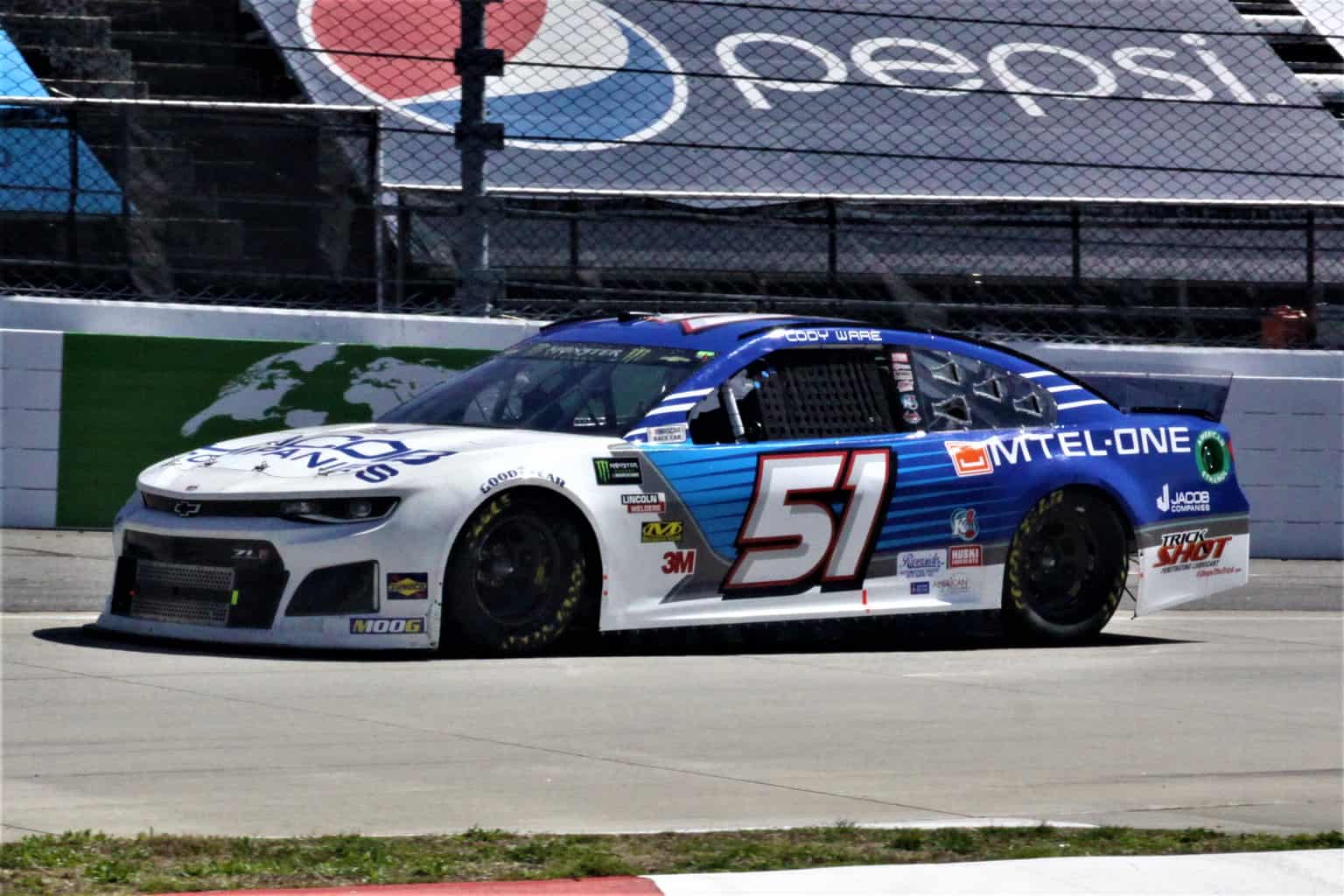 Cody Ware will drive the No. 51 Chevrolet for Rick Ware Racing in the 2021 NASCAR Cup Series season, the team announced Monday, Jan. 18.

He’ll have sponsorship from Nurtec ODT, which was previously announced to fund the full year.

“I am pumped to head to Daytona International Speedway with Biohaven as our primary sponsor,” Cody Ware said in a team release. “As a person with migraine, it’s even more meaningful for me to drive the Nurtec ODT [No.] 51 car to raise awareness of this debilitating disease, especially at the biggest race of the year. We have a lot of exciting things planned for 2021, and I look forward to competing in the NASCAR Cup Series again.”

Cody Ware competed in one Cup race last year at Talladega Superspeedway and finished 19th. Additionally, he ended seventh at the Daytona International Speedway road course in the Xfinity Series in August.

Joey Gase will race for RWR starting with the Daytona 500. Additionally, RWR will run two Xfinity entries. The team ran Nos. 51 and 53 full-time in 2020 and eventually took over operations for Nos. 15 and 27 from Premium Motorsports.

Let’s see how many cautions Ware and Gase bring out during this year’s events.