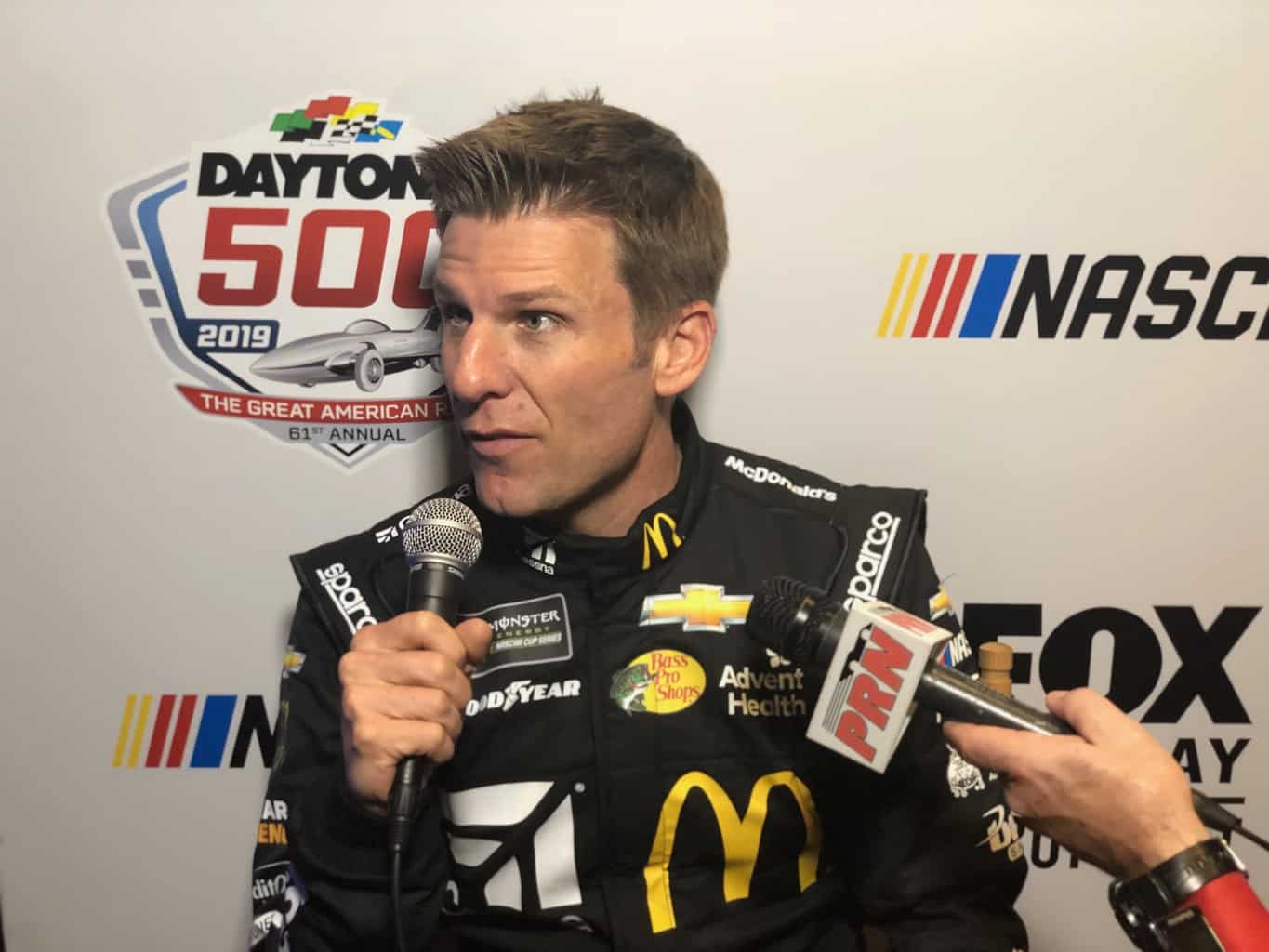 Jamie McMurray has no plans of racing past this Sunday's Daytona 500, but left the door cracked open for a potential one-off. (Photo/Davey Segal)

Jamie McMurray will come out of retirement to race in the 63rd annual Daytona 500, Fox Sports reported Tuesday morning.

McMurray, the 2010 winner of the Great American Race, will drive the No. 77 AdventHealth Chevrolet for Spire Motorsports, an entry that will be prepared by Chip Ganassi Racing, which fielded McMurray’s cars for 13 of his 17 full-time seasons in the NASCAR Cup Series.

The 44-year-old Missouri native retired from full-time racing following the 2018 season and has spent the last two years as an analyst for Fox Sports’ NASCAR coverage. This year’s entry marks McMurray’s first foray behind the wheel of a Cup car since 2019, when he competed in the Daytona 500 for Spire Motorsports under identical circumstances en route to a 22nd-place finish.

“It doesn’t get any better than the Daytona 500, and I am so excited to have the opportunity, thanks to AdventHealth, to run this race one more time,” McMurray said in a statement to Fox Sports. “I have enjoyed my time out of the car as an analyst covering NASCAR, but nothing can replace the feeling of actually racing.”

According to the report, the effort will be crew chiefed by Kevin Bellicourt of Spire Motorsports with Keith Barnwell atop the roof to spot for McMurray. Barnwell spotted McMurray, the 2003 Rookie of the Year, to the victory in the 2010 Daytona 500.

In addition to his Daytona 500 title, McMurray also won the 2007 summer race at Daytona International Speedway and has two victories at Talladega Superspeedway.

Good move on Spire’s end. Jamie is a decent RP driver and if luck falls his way he could very easily get a top 10 or potentially battle for a win. In addition, Jamie will also make some headlines just because he is entered in the race.