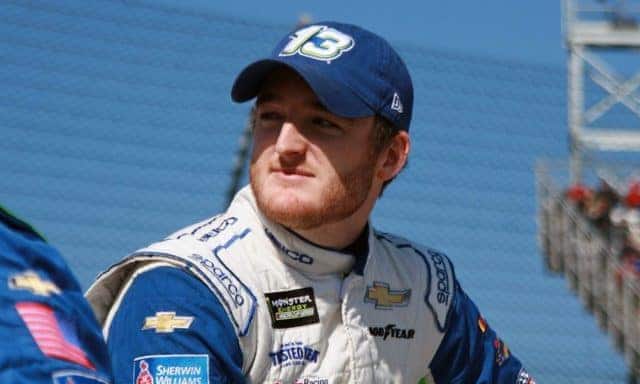 Dillon will pilot the No. 96 Toyota with backing from Bass Pro Shops and Black Rifle Coffee for the first race of the 2021 NASCAR Cup Series season.

Dillon, 28, spent the past four seasons driving the No. 13 Chevrolet for Germain Racing but was left without a ride after the team shuttered following a loss of sponsorship and charter at the end of 2020.

“I think it’s a great opportunity for me and I can continue down the path to show any sponsor, any team owner, any manufacturer that I’m a very capable driver,” Dillon told the AP. “There’s a lot of opportunity that can come from this chance.”

Gaunt Brothers Racing completed its first full-time season last year with Daniel Suarez behind the wheel, an effort that resulted in a 31st-place finish in drivers points for Suarez after missing last year’s Daytona 500 due to a crash in the Thursday qualifying race.

Dillon has only been announced for the team’s driver for the Daytona 500 but is also eligible for the Busch Clash. According to the report, Dillon could compete in the Feb. 9 event for 23XI Racing in its No. 23 Toyota as Bubba Wallace, the new team’s full-time driver, is ineligible for the exhibition road-course race.

Looks like the younger Dillon has decided to take a very risky path to stay in Cup. By the 4th week of the season he may likely be on the sidelines.