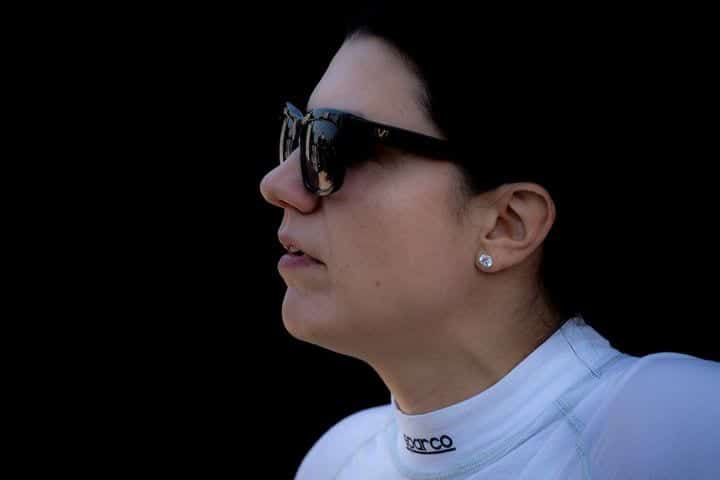 Tuesday (Jan. 19) and Wednesday (Jan. 20) saw a series of updates to the entry lists for this weekend’s ROAR Before the 24 at Daytona International Speedway.  By extension, these updates in the IMSA WeatherTech SportsCar Championship will carry over to the Rolex 24 at Daytona.

Team Hardpoint/EBM announced that Katherine Legge and Christina Nielsen will join team co-owners Earl Bamber and Rob Ferriol in the No. 88 Porsche 911 GT3 R this weekend.  Sponsorship will be provided by VB Enviro Care and Richard Mille watches.

“I am excited on so many levels to get our season kicked off with Team Hardpoint EBM,” Legge stated.  “Last year was one to forget for me, but my legs are 100-percent race ready and I am chomping at the bit to get back in a race car.  I am very grateful to the team and to Porsche for this opportunity, and for helping in my quest to showcase female talent. I believe we will be the first ever equally diverse team to have competed at Daytona 24. I’m looking forward to working with Rob and Earl, and learning how to wheel a Porsche, as it will be my first time with the marque. A huge thanks to our partners VB Enviro Care, Richard Mille, and to Porsche. We are going to do big things this year and I couldn’t be more excited to partner with them.”

Nielsen is also very happy to be back in the car and back with Legge.

“I am thrilled to be joining Team Hardpoint EBM and being with a group of people who have so much experience with Porsche,” Nielsen said.  “I look forward to driving the new generation of the GT3 R, since the last time I sat in a Porsche was in the previous model. I am grateful for partners like VB Enviro Care, Richard Mille, and Porsche who have given us the opportunity to showcase that Motorsport truly is an equal playing field for men and women. Daytona is still one of the races in the IMSA WeatherTech Championship where everything hasn’t worked out perfectly over the 24 hours, so I am still very much on the hunt for that podium and that watch.”

Legge and Nielsen have not raced in IMSA since last year’s Rolex 24 at Daytona.  There, they debuted the GEAR (Girl Empowerment Around Racing) Racing Lamborghini in association with GRT Grasser Racing Team.  The team was supposed to run the full season.  During the shutdown, the team disappeared, resulting in both drivers losing their rides and Nielsen losing her seat for Le Mans as well.  Even if the team didn’t disappear, Legge would not have been able to drive for the operation beyond Daytona.  In June, Legge suffered a broken leg in a practice crash at Paul Ricard in an ORECA 07-Gibson for the Richard Mille Racing Team in the European Le Mans Series.

BMW Team RLL announced what has already been known for months.  They will only contest the four Michelin Endurance Cup races in 2021 with their BMW M8 GTE.  The driver lineups are somewhat similar as well.  John Edwards and Jesse Krohn return to the No. 24 BMW, joined by Augusto Farfus and former DTM champion Marco Wittmann.  The No. 25 has the returning Connor de Phillippi and Bruno Spengler joined by Philipp Eng and a first-timer, former Formula 1 driver Timo Glock.

Chip Ganassi Racing will have four drivers for the Rolex 24 at Daytona.  Marcus Ericsson, who drives the Huski Chocolate-sponsored No. 8 in the NTT IndyCar Series for Ganassi, will be the team’s fourth driver at Daytona.  This will mark his debut in the IMSA WeatherTech SportsCar Championship,

In LMP3, Muehlner Motorsports America and Forty7 Motorsports’ drivers have been revealed.  Forty7 Motorsports will field the lineup of Gabby Chaves, Charles Finelli, Mark Kvamme and Ryan Norman.  Norman has previously raced for Performance Tech Motorsports, while Chaves drove in place of Felipe Nasr in the sprint race at Daytona last year for Action Express Racing.  Kvamme is actually driving in all three series this weekend in Daytona.  Finelli comes to the LMP3 class after racing the last two years in Indy Pro 2000.

Muehlner Motorsports America has only indicated two drivers for their lineup.  One is Moritz Kranz, who has competed for the team for multiple years in Porsches, primarily overseas.  This will be his IMSA WeatherTech SportsCar Championship debut.  Also making his debut will be Laurents Hoerr, who raced part-time in the 2019-20 FIA World Endurance Championship in a Porsche for Team Project 1.  The team still has two open seats.

GRT Grasser Racing Team’s drivers have been revealed.  The No. 19 will have previous Daytona class winner Franck Perera in the car, along with Misha Goikhberg (most recently of Heinricher Racing).  They’re joined by Albert Costa and Tim Zimmermann.  The No. 111 has Mirko Bortolotti, Rolf Ineichen, Marco Mapelli and Steijn Schothorst, all of whom have significant experience at Daytona and have been successful.

Finally, Vasser Sullivan has announced that Kyle Kirkwood will return to the team to take the final remaining spot, the fourth seat in the No. 14 Lexus.  He’ll be there for all four MIchelin Endurance Cup races.

We are very happy to complete our 2021 @IMSA season driver lineup with the addition of @KKirkwoodRacing! Kyle will join us for all Endurance Cup races in the #14 @lexusracingusa #LexusRCF GT3. With the final piece of the puzzle in place, it’s time to rock and roll! ? pic.twitter.com/bwczJxMyFq

In Michelin Pilot Challenge, there have been some changes as well.  Motorsports In Action announced Monday (Jan. 18) that Corey Lewis is out of the No. 3 McLaren 570S GT4 for the full year.  He will be replaced by Spencer Pigot.  This is a change from Jan. 2, where the team confirmed on their Twitter feed that Lewis would be back in the car alongside Sheena Monk.  Since then, Lewis has gotten a full-time ride in GT World Challenge America powered by AWS with K-PAX Racing.

“I’m really looking forward to competing in a season-long effort with Motorsports In Action and Sheena in the No. 3 J.G. Wentworth McLaren 570S GT4,” Pigot said in a press release.  “I’ve always enjoyed racing in IMSA, but have never done more than a few races in one season, so it will be a welcomed change to be consistently in the car.”

Also, Ryan Eversley has announced that he will driving the No. 94 Honda Civic Type-R TCR for Atlanta Speedwerks for the full 2021 season.

Very happy to announce I’ll be racing for @ATLspeedwerks and continuing to race for @HondaRacing_HPD this year in @IMSA! #94 pic.twitter.com/zbXzUNg1Nw

His teammate will be Greg Strelzoff, who returns to Michelin Pilot Challenge for the first time since 2016.  Previously, Strelzoff raced for Rennsport One in the Street Tuner class.  Prior to that, Strelzoff drove a BMW 128i for Burton Racing and a BMW 328i for BimmerWorld Racing.  Team owner Todd Lamb will also drive the No. 94.