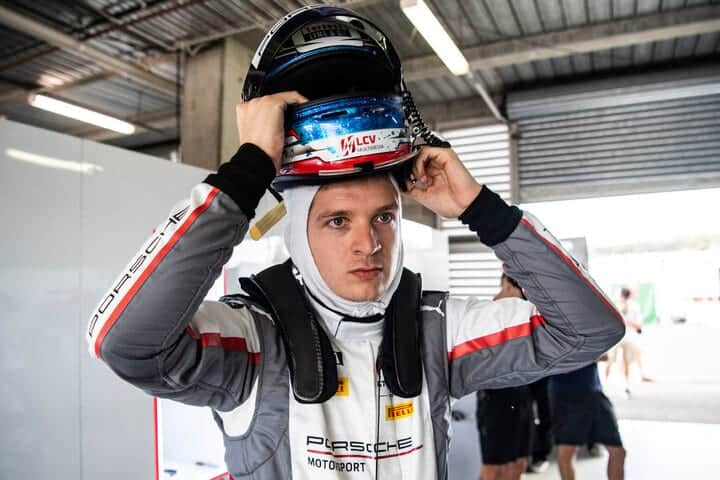 Mathieu Jaminet announced Tuesday morning (Jan. 26) that he has tested positive for COVID-19.  As a result, there is not enough time for him to quarantine and produce negative tests in time for him to be able to race in this weekend’s Rolex 24 at Daytona.

Unfortunately I won’t be able to race at Daytona 24 this year.
After returning a positive Covid-19 test last week and due to travel restrictions it wasn’t possible to make it. Hopefully I’ll get an other shot at it soon ??
Thanks again and all the best to @eurasiaracing pic.twitter.com/ofou9mHMzf

It is unclear where Jaminet may have contracted the virus.  One possibility is in Dubai, where Jaminet was part of the winning team in the Hankook 24H Dubai the weekend before the ROAR Before the 24.  At that event, Tim Pappas contracted COVID-19 from one of his co-drivers, forcing him to withdraw Black Swan Racing from the Rolex 24 at Daytona.

Jaminet was the fourth and final driver announced to drive the No. 51 Ligier JS P217-Gibson for RWR Eurasia in the LMP2 class alongside Austin Dillon, Cody Ware and Salih Yoluc.  To get a replacement for Jaminet, RWR Eurasia effectively went back to the same well.

Jaminet will be replaced this weekend in Daytona by Sven Mueller, a fellow Porsche factory racer.  Mueller is quite excited about his last-minute opportunity.

Super happy to announce that I will be racing at 24 h of Daytona and make my debut in lmp2 ?looking forward to a new chapter in my career and meet @eurasiaracing @RickWareRacing thanks for the opportunity ?? @IMSA @DAYTONA pic.twitter.com/vz0fnkJ0UF

Mueller has five previous starts in the Rolex 24, all in GT Daytona-class Porsches.  His best finish was last year, where he finished fifth in class for Black Swan Racing.

Yoluc and Ware finished eighth in the LMP2 class during Sunday’s Motul Pole Award 100 at Daytona International Speedway.  As a result, they will start 15th in the Rolex 24 at Daytona Saturday.