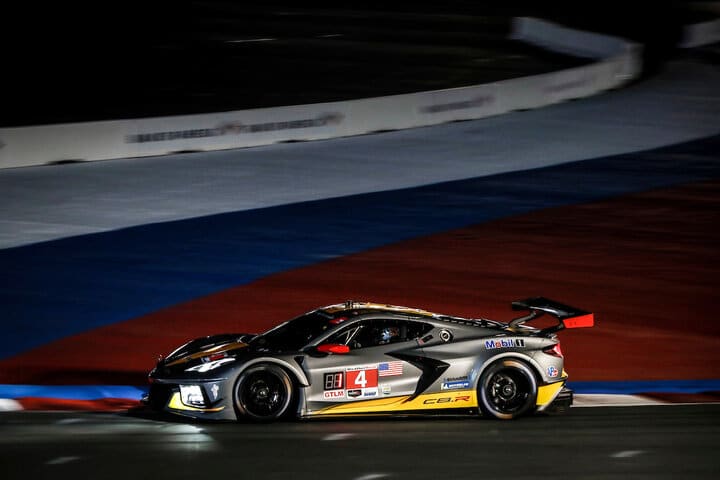 IMSA announced Thursday (Jan. 28) that the GT Le Mans class for GTE-spec cars in the IMSA WeatherTech SportsCar Championship will cease to exist at the end of the 2021 season.  It will be replaced by a new Pro division of the GT Daytona class.

“The IMSA WeatherTech SportsCar Championship has long been regarded as featuring the world’s greatest GT manufacturers, teams and drivers and some of the world’s most exciting and competitive professional GT endurance racing through the GTLM class.  We believe the move to GTD PRO offers the best opportunity for manufacturers and teams to continue that legacy well into the future,” IMSA president John Doonan said.  “We expect considerable manufacturer participation when we kick off the GTD PRO class a year from now in the 60th Rolex 24 At Daytona.”

The new GTD Pro class will allow for factory-supported teams running full GT3-spec cars.  In addition, the class will be unrestricted in terms of driver eligibility.  If a team wants to run two Platinum-rated drivers, they would be free to do so.

In addition, the class will race only on Michelin tires.  In practice, this has been the case for years, but the current GT Le Mans class allows all tire brands.  This is a relic back to the Grand-Am/ALMS merger when Falken Tire had a team run by Derrick Walker in the series.  Team Falken Tire left the series at the end of 2015.  Since then, everyone in the GT Le Mans class has run on Michelin tires..

Having said that, Pro-Am and all amateur lineups would still be allowed in the class.  They would have the option of racing in GTD Pro, or in the current GT Daytona class, which will return for 2022.

The move comes at a time in which GTE classes are struggling around the world to generate car count.  While there are six cars entered in the GT Le Mans class for this weekend’s Rolex 24 at Daytona, only three of those cars are entered for the season.  Those are the two Corvettes and the WeatherTech Racing Porsche.  BMW Team RLL will only compete in the four Michelin Endurance Cup races.  Risi Competizione hasn’t announced their full plans for 2021 beyond Daytona.

The FIA World Endurance Championship only has four entries for the 2021 in the GTE-Pro class (two Ferraris from AF Corse and two factory Porsches).  Aston Martin ended their factory involvement at the end of 2020.  There is still decent involvement in the GTE-Am class and the European Le Mans Series’ GTE class, but the long term prospects are not good for the class.

For the teams currently competing in the GT Le Mans class, they will have decisions to make.  Corvette Racing has already looked into converting their Corvette C8.R into a GT3 car in the past, but the costs would be substantial to do so since it was not really designed to be convertible between GTE and GT3-spec like the Ferrari 488 and Aston Martin entries were.  Also, if Chevrolet (via the Oshkosh-owned Pratt & Miller) were to build a GT3 car, they couldn’t just do it for themselves.  They’d have to build customer cars as well, something that didn’t happen when Pratt & Miller built the Cadillac ATS-V.R. that was exclusive to Cadillac Racing in what was then Pirelli World Challenge.

In addition, 2022 is scheduled to be the start of the next generation of GT3 cars.  Everything will need to be upgraded anyway.  IMSA has stated that any new GT3 cars built to the new regulations, or current GT3 cars upgraded via an Evo kit (none of which have been announced as of yet) will be eligible to compete in both GT Daytona and the new GTD Pro classes.  BMW has unveiled the BMW M4 GT3 that will debut in 2022.  The car is due to make it’s real-life debut later this year in Nurburgring Endurance Series competition, but it’s already available for sim racers to try out in iRacing.