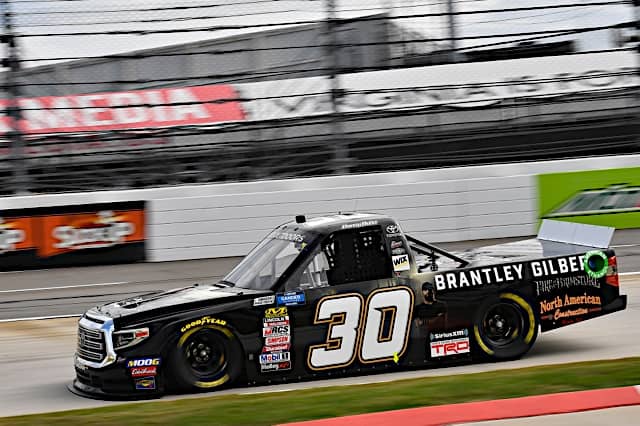 Bohn replaces Jade Buford, the No. 48’s full-time driver, who was previously announced as not being approved for the season-opening race at Daytona. Buford is scheduled to make his debut in the car at the Daytona road course the following week and will finish out the 2021 season.

The race will mark Big Machine’s debut foray into the series.

“Scott Borchetta and North American Motor Car have been instrumental in supporting me in my journey rising up through the stock car racing ranks,” Bohn said in a team release. “This is just another step and to have them both on the car for Scott’s debut as a team owner and my Xfinity series debut makes it all the more special to me, especially being at Daytona.”

“It’s great to be working with Danny again,” team owner Scott Borchetta added. “He’s a born racer and he knows how to be around at the end of these very challenging races. Daytona is the great equalizer and it takes skill, patience and staying out of trouble until it’s time to go. If he can do that, and we get a little Lady Luck on our side, we stand to have a very strong debut.”

In 13 starts since 2019 in the Camping World Truck Series, Bohn has two top 10s, both coming at Martinsville Speedway. All of his starts have come with On Point Motorsports, with whom he plans to race the Truck Series’ event at Daytona the day before.

Though it isn’t yet finalized, Bohn has said he is hoping to run the full Truck schedule with On Point in 2021.