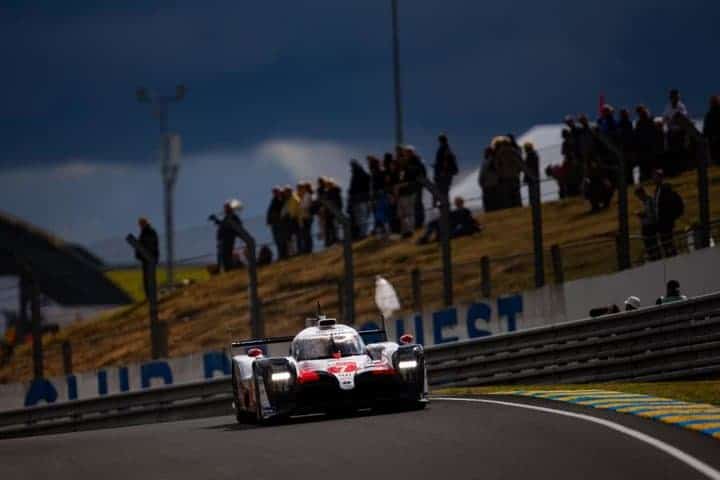 For about half the year, theaters were more or less shut down, and I haven’t been to one since March 2020. I won’t be going back until I get the COVID-19 vaccine and things are a bit better, but I, like so many others, relied more than ever on streaming services.

It got to the point where only one 2020 film that got a major release prior to the pandemic sits in my top 10 (The Invisible Man) and the rest are movies or miniseries that were either released exclusively on the Internet, aired on TV or were released at similar times in theaters and on home video.

As an example, my top two currently consists of The History of the Seattle Mariners, SB Nation’s three-and-a-half-hour miniseries documenting the baseball team’s existence, and The Last Dance, ESPN’s 10-hour, five-week epic on Michael Jordan and the 1996 Chicago Bulls’ season. Rounding out the top five are Spike Lee’s Netflix feature Da 5 Bloods, Hulu’s Happiest Season and the aforementioned remake of The Invisible Man. Others in the top 10 include David Fincher’s Mank, the Zoey Deutch vehicle Buffaloed and Regina King’s feature directorial debut, One Night in Miami….

All this is to provide an example of 2020’s impact on film: six of the 10 were either exclusively released on streaming or TV, or at least had a simultaneous release on streaming services.

Three racing films from 2020 also appear in my list. There were a few released here and there throughout the year, but this trio arguably has the highest profiles of the selection. Uppity: The Willy T. Ribbs Story and A Life of Speed: The Juan Manuel Fangio Story both dropped on Netflix early in the year, while Become Who You Are appeared on Amazon Prime in November.

The directorial pairing of Adam Carolla and Nate Adams has been dynamite as of late, giving audiences Winning: The Racing Life of Paul Newman in 2015, The 24 Hour War in 2016 and Shelby American in 2019 around the same time that Ford v Ferrari was released in theaters.

This year, the duo helmed a project documenting the life of Willy T. Ribbs, who went through hell at nearly every level of racing he attempted. Ribbs faced racism throughout his career, especially in NASCAR, and despite an incredible amount of talent had few opportunities to show the motorsports world what he had to offer.

Ribbs really shined in Trans-Am competition and also became the first Black man to ever test a Formula 1 car after he did so in 1986. Ribbs’ firsts also included being the first Black man to ever participate in the Indianapolis 500, which he did in 1991 and 1993; the former attempt ended after just five laps due to engine issues, while the latter was more successful, finishing 21st in the 1993 edition.

Along with his varied experience elsewhere in motorsports, Ribbs ran three NASCAR Cup Series events in 1986, with a best finish of 22nd, driving for DiGard Racing. The California native also competed in one race shy of a full season during the 2001 Camping World Truck Series schedule, driving the No. 8 for Bobby Hamilton Racing. Those 23 starts were enough to land Ribbs 16th in points when the season ended, and he recorded a best finish of 13th at Pikes Peak International Raceway.

Carolla and Adams’ feature is quite possibly the best installment in their filmography thus far. I can’t wait to see what they work on next.

A Life of Speed: The Juan Manuel Fangio Story

Considered one of the greatest racers in history and among the titans of Formula 1, Fangio received a feature film that dropped on Netflix on March 20.

Despite starting just 51 races spanning eight years in the 1950s, Fangio’s career statistics include 22 wins, 31 podiums, 29 poles and five championships, four of them consecutive. The five-title mark held for nearly 50 years until Michael Schumacher won his sixth crown in 2003, and Fangio still ranked second all-time until Lewis Hamilton won his sixth in 2019.

He scored 24 wins across 51 starts as well as five championship crowns, qualifying on the pole 29 times, more than half of his entries.

A Life of Speed has its advantages: tons and tons of old footage of Fangio and other drivers racing on F1 circuits in the 1950s and earlier, deep analysis of his statistics and his background and how he stacks up as compared to other greats like Schumacher and Hamilton. The documentary also includes talks with the likes of Hamilton, Nico Rosberg, Jackie Stewart and Fernando Alonso, as well as Dr. Andrew Bell. Bell is a quantitative social science expert at the University of Sheffield who used various mathematics and equations to find that Fangio was, statistically, the greatest Formula 1 driver of all time.

Fangio came from very little and worked his way up to the point of entering long endurance races, including a 1940 event that ran from Buenos Aires, Argentina, to Lima, Peru, and back, a route that included a journey through the Andes mountains. Competing primarily with Mercedes and Ferrari during his career, he won six of the nine races — and six of his eight starts — during the 1954 season en route to his second title. Fangio also won half or more of the races in two of his other championship seasons.

His life outside of racing included a kidnapping at the hands of men working under Fidel Castro in 1958, selling cars for Mercedes-Benz and continuing his connection with the world of Formula 1.

The archival footage is definitely the documentary’s strongest point, but an excess of cutaways from Fangio’s story impacts the immersive nature of the film.

Become Who You Are

With a Nov. 20, 2020, release date, Become Who You Are‘s quiet drop on Amazon Prime was seemingly only preceded by tweets from motorsports reporter Adam Stern and driver (as well as documentary subject) Scott Dixon; the film’s production company, while possessing a Twitter account, still has yet to send even one tweet.

Racing documentaries are far more prevalent than narrative features about motorsports, which has been evident even in just the past decade. While around 10 narrative films were released, including the likes of Rush and Ford v Ferrari, dozens of motorsports documentaries have dropped on various streaming services (and a few in theaters) in the past 10 years.

One of the three such films that have dropped this year is Become Who You Are, which flew way under the radar upon release but landed on Amazon Prime, similar to a number of other direct-to-streaming documentaries over the past few years — A Life of Speed, Uppity, Shelby American and The Gentleman Driver all released on Netflix, while The Last Race debuted on Hulu.

Director Virginie Dulauroy’s effort is no exception with its Prime release but tackles a different subject than the others, making its angle towards one of the world’s biggest racing events more or less unique. At the same time, though, the two parallel storylines cross during the documentary, but these collisions never really land.

Dixon, a New Zealander, is one of four drivers who feature as primary interview subjects, joining Brazilian Bruno Senna, Mexican Memo Rojas and Frenchman Jules Gounon in an international lineup of subjects complemented with the likes of driver Patrick Byrne, an accomplished racer himself, along with team owner Chip Ganassi and Rojas’ father Guillermo.

The documentary bills itself as a look at these four drivers’ road to racing in the 24 Hours of Le Mans and mostly succeeds in that regard, even if there is the aforementioned disconnect between the two. Opening with a montage of sports car action at Le Mans and building to a musical crescendo over a close-up of Rojas’ face within his helmet, the title appears and we are sent directly into the interviews.

Admittedly, Byrne’s presence in the documentary is a foil to the personalities of the main quartet, more or less to provide background and a general point of view on racing outside of the others’ personal motivations.

The biggest positives of the documentary are the camerawork — with the crew and cinematographers getting countless, fantastic shots of racing action at Le Mans — and the personal stories from which the drivers draw from during their interviews.

They all come from different walks of life and each driver has their own perspective; Dixon’s, for example, is mostly reliant on his family. With echoes of the 2018 Dixon-focused documentary Born Racer, he and wife Emma are both interviewed about the toll and stress having a career in racing has on their family, an inherently dangerous job.

Nothing showcases that more than when the documentary cuts to Dixon’s horrific crash at the 2017 Indianapolis 500, where the damaged car of Jay Howard cut into Dixon’s line. Dixon hit Howard’s rear wheel at full speed, launching his car 30 or more ft. into the air, flipping into the inside wall and back onto the apron of the turn.

Gounon’s portion of these perspectives is particularly effective in a similar way — Gounon suffered a violent crash at Hockenheimring in 2016 when he tried to pass a car, causing his machine to get loose, spin completely around and hit a retaining wall on the driver’s door. Gounon ended up with the door handle in his left leg as a result of the crash, and the segment also includes a his father Jean-Marc — also a racing driver — discussing how he initially thought his son was dead.

Senna’s interviews partially consist of discussions about his relationship with uncle Ayrton, widely considered one of the greatest racing drivers of all time across any discipline. Rojas, like Gounon, is also the son of a racing driver and seemed to inherit the passion from his father.

The 84-minute documentary, while technically solid, just has a slight disconnect; the tone doesn’t shift but so much throughout the running time and, in essence, sort of trails off at the end.

Outside of The Crew, Netflix’s NASCAR-themed series, we don’t exactly know what 2021 holds in regards to movies about racing — they often seem to drop out of nowhere.

I have yet to get around to some other 2020 releases, like Brabham, Endurance, Lady Driver, Heroes and Beyond Driven, but the above three films make up the most prominent releases of the year.

Previously, 2019 still has the highest profile in recent memory, with 10 racing films distributed in theaters and on television, online hosting sites or streaming services. Eight of these were documentaries (the two narratives, Ford v Ferrari and Trading Paint, couldn’t be further apart in terms of quality).

If anyone is interested in checking out the trio of films reviewed above, Uppity and A Life of Speed are both available to watch on Netflix, while Become Who You Are is listed on Amazon Prime.