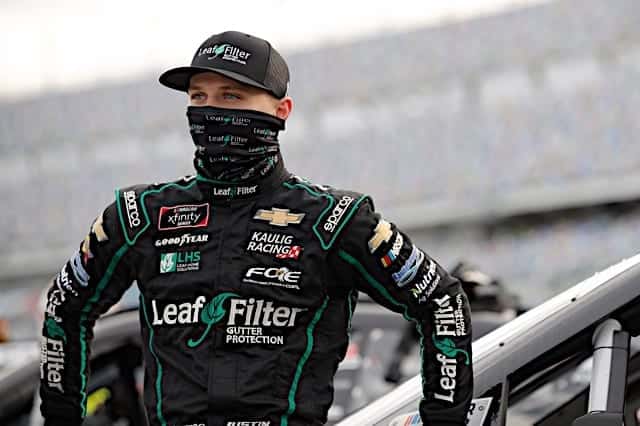 Justin Haley will return to Spire Motorsports in 2021 in the NASCAR Cup Series in a limited schedule, the team announced Feb. 4.

Currently, Haley is scheduled for two races in the No. 77, at Phoenix Raceway in March and at Michigan International Speedway.

Haley ran one race for the team last year, finishing 11th at the fall race at Talladega Superspeedway.

He also drove three races for the team in 2019, scoring his first Cup win at Daytona International Speedway that summer.

Haley concurrently returns to Kaulig Racing in the Xfinity Series in 2021, running his third full-time season in the No. 11. In 2020, he won three races and scored 10 top fives and 21 top 10s, finishing third in points.

Haley is the second driver to be announced for the No. 77 in 2021; Jamie McMurray will drive the entry in the season-opening Daytona 500.