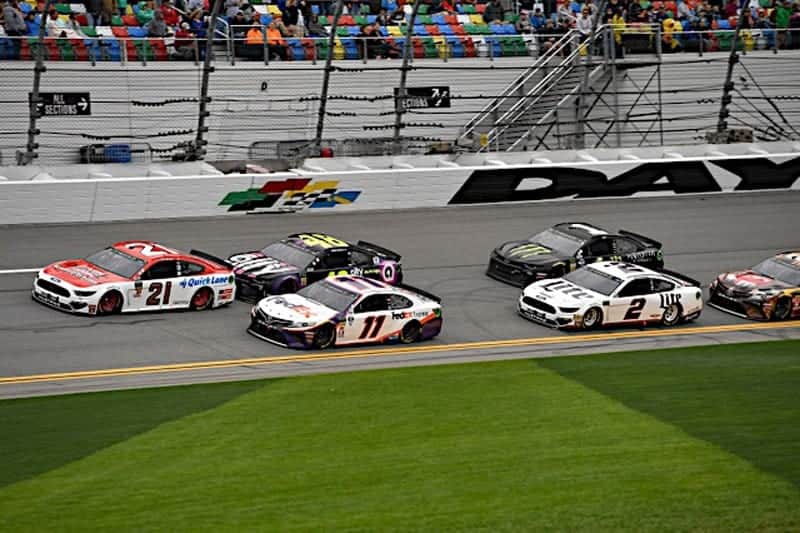 NASCAR is finally back!

The Busch Clash has never been more than an exhibition race for purse money and bragging rights, but it has always been the kickoff event of the NASCAR season. This Tuesday (Feb 9), over 20 of the best drivers in the NASCAR Cup Series will put on their brand-new firesuits to once again compete in this rather obscure tradition at Daytona International Speedway.

But what exactly is this mystifying race that has continued to occupy the first bullet point on the NASCAR Cup Series calendar for over 40 years?

In the late 1970s, an executive from Busch Beer thought a season-opening exhibition race would both energize racing fans and promote his brand. He brought his idea to NASCAR, and the Busch Clash was born soon after

The 2021 edition will mark the 43rd consecutive Clash. Usually held the week prior to the Daytona 500, this year’s edition will be held on a Tuesday for the first time. It will also mark the first time the race will utilize the road course at Daytona instead of the usual oval configuration. This was a rather surprising change to the tradition, but don’t be mistaken, the Clash has been prone to its fair share of alterations.

When the race first debuted in 1979, the nine-car field was comprised of just pole winners from the previous season plus a wildcard driver. Over the years, pole recipients remained a common theme, but eligibility requirements progressively evolved. At one time or another, eligibility into the Clash has also included playoff drivers, former Clash winners, previous Daytona 500 pole winners and the top 25 drivers in points from the season prior, among others.

Because of the effects that the COVID-19 pandemic put upon NASCAR, this year’s eligibility requirements have once again been altered. Drivers who are eligible to compete are:

24 drivers meet the criteria, but as of press time, only 21 are slated to compete in the 35-lap event around the road course. This year’s edition will be broken down into two segments, with the first being 15 circuits before a 20-lap run to the checkered flag.

Like eligibility, the race format has evolved quite substantially since its inception. Of the 42 editions of the oval, the Clash has consisted of as many as 75 scheduled laps and three segments to as few as 20 laps across one segment. Pit stops have been both mandatory and not (as the case in 2021).

The format variance has proved to have had a significant impact on the racing product in the Clash. Most of the early editions were quick, caution-free sprints. However, carnage like Ricky Rudd’s devastating tumble in 1984 and Jeff Gordon’s barrel roll in 2012 has been prevalent, too.

It came to a head last year when every car in the field was involved in at least one crash. Erik Jones won the event in a car with a huge hole in its nose.

We had 28 amazing wins in 2020. Follow along while we relive each win throughout the rest of December.

Jones joins six other previous winners of the Clash in the 2021 field. Kevin Harvick and Denny Hamlin have the most active wins with three apiece. It’s little surprise that Dale Earnhardt has most Clash wins at six.

Drivers Slated to Compete in the 2021 Busch Clash

Eligible Drivers Not Expected to Compete in the 2021 Busch Clash

Who care it’s on the road course, besides i live on the west coast and i have a thing called a job and the race starts at 4pm while everyone out west is still at work, So this is a race for east coast fans since they will be home from work and have plenty time to make and have there dinner, but out west NASCAR said screw you fans, so like i said Who Cares, NOT ME