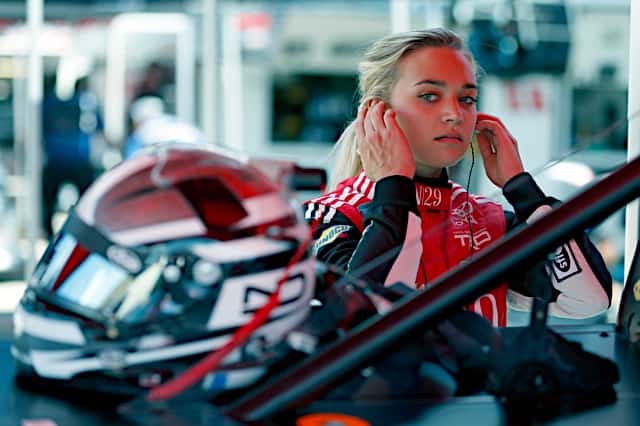 Natalie Decker will run a limited schedule with RSS Racing and Reaume Brothers Racing in the NASCAR Xfinity Series in 2021, Decker and sponsor Red Street Records announced via an interview with CCM Magazine Feb. 5, which WSAW also reports.

Red Street will sponsor the effort for the No. 23 for five 2021 races. Its artist Jason Crabb will appear on the hood for the car’s first race sponsored by the record label.

The RSS/RBR ride marks Decker’s only announced NASCAR starts in 2021 at this time.

The No. 23 fielded jointly between RSS and RBR was previously operated as the No. 93 in 2020. Jason White will drive the car at Daytona next week.