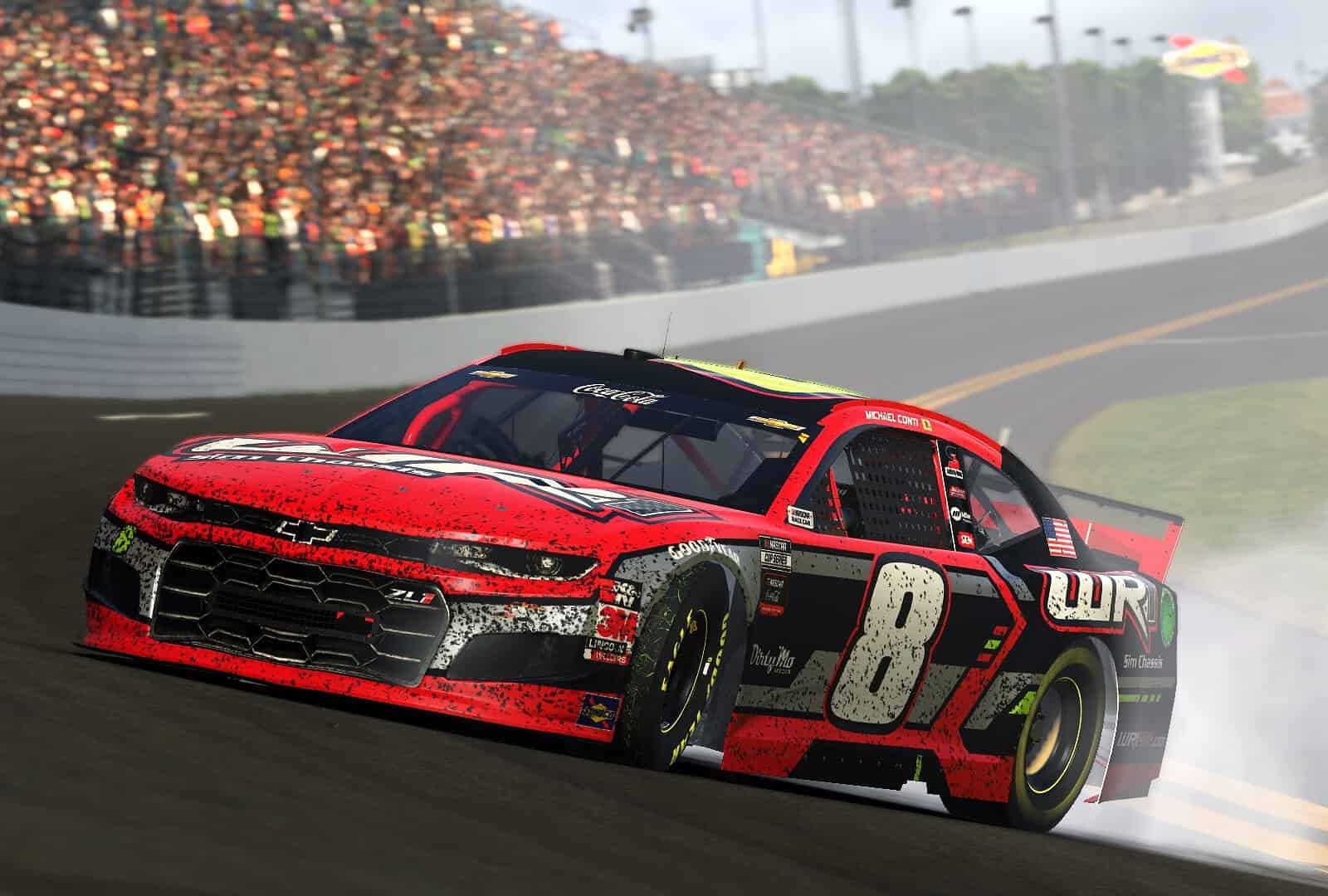 Several new teams, some new drivers, and an even more elevated purse of $330,000 were the stories heading into the 2021 eNASCAR Coca-Cola iRacing Series in 2021. One thing does not change though, and that is the incredible action. The season opener for the new season took place on Monday night (Feb. 8) at the virtual Daytona International Speedway.

Michael Conti of JR Motorsports scored the win and locked himself into the Playoffs after caution free race, yet a very wild last lap.

“I am over the moon with that one,” Conti following the win. “Super excited to get the victory, super happy about not having to worry about points and go off a tangent with setups the rest of the season, but it will be really fun.”

Conti mentioned how he will be ditching his old, reliable Logitech G27 wheel and his sim racing rig for new equipment starting with the next race in two weeks.

“Getting new equipment can be a bit scary and challenging, but after this win, it makes it a bit easier,” Conti  said about the new move. For those new to sim racing, this is always one of the biggest yet potentially challenging factors toward their success. Conti will have the whole season to figure it out now.

Newcomer Mitchell De Jong with the brand new 23XI Racing started out front, and was joined on the front row by series veteran Chris Shearburn of Letarte eSports.

Most of the race remained calm until a lap 31 incident involving notables and pre-race favorites Malik Ray and Ryan Luza spread the field out. Even with no caution, the field quickly came back together with Casey Kirwan taking over the race lead. This ended Ray’s, Luza’s and 2019 champion Zack Novak’s chances at a win.

Lap 38 began the green flag pit cycle, led by Kirwan, and only a minor incident between Garrett Manes and Brian Schoenberg occurred with the rest of the field coming away clean.

Three by three racing was the theme of the race, and miraculously, the race went clean and green the majority of the way.  Late in the race, there were still over 30 drivers in contention for the win in the main pack.

Final pit stops began with 25 laps to go, and because of the skill of these drivers, no incident occurred this time around. William Byron eSports driver Logan Clampitt took control of the race once things cycled around, along with Conti and defending champion Nick Ottinger.

After a massive last lap incident involving Clampitt and about 10 other drivers, Conti remained up front and took home the win.

The 2014 champion now sets his sights towards the playoffs starting in August, but can relax until then, knowing he will have a chance to run for his second career title.

Michael Guest, Jake Matheson, Corey Vincent and Isaac Gann rounded out the top five finishers. The next round will take place on February 23 at 9 p.m. ET at virtual Homestead-Miami Speedway, with coverage on eNASCAR.com or Twitch.tv/iRacing.