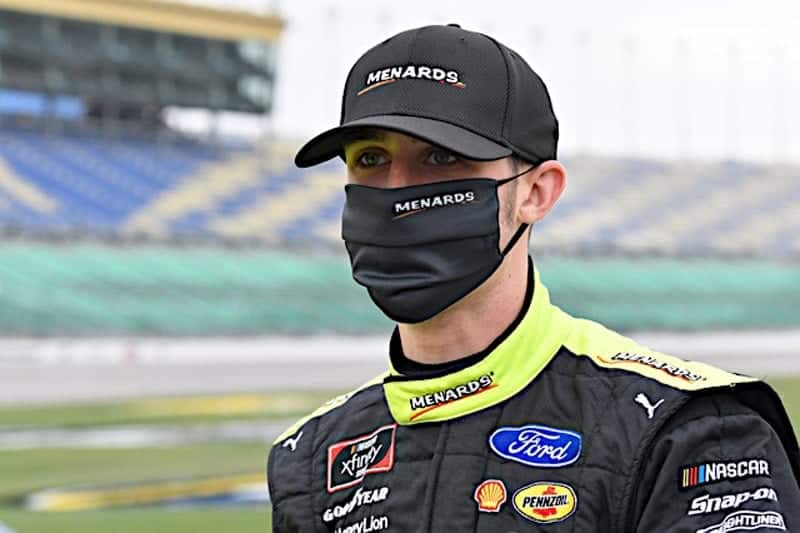 When the NASCAR Cup Series heads to Daytona International Speedway for the 2021 version of the Great American Race, 36 teams walk in breathing easy. The charter they own guarantees them an automatic spot in the Daytona 500 no matter how slow their car is or if they wreck in their Duel qualifying race.

For about a dozen underdogs, it’s a different story altogether. They’re fighting for one of four spots left in the lineup, a starting position that could be their golden ticket to success. Starting the Daytona 500 is a chance to make their names known, promote their teams, and provide much-needed financial support.

A few of these dark horses know qualifying could make the difference between closing up shop or competing over a full, 36-race season. Others are in one-off or part-time stints with enough speed to land the coveted Harley J. Earl trophy for their respective organization. But to go for that trophy, you have to make the show first.

There’s two chances for these drivers to break through. First comes qualifying on Wednesday night, where two drivers can lock down a spot. The others must survive and advance in one of a pair of Duel races Thursday night (Feb. 11).

The final entry list is pending, but by our count at Frontstretch, a minimum of nine drivers are vying for those coveted spots. Let’s take a look at this group, which could very well contain the next Cinderella story a la Trevor Bayne in 2011.

A couple of drivers will have an advantage come Wednesday night based on their team affiliation. 22-year-old Austin Cindric is lined up to make his Cup debut next week driving the No. 33 Verizon Ford Mustang for Team Penske. With a strong Roush Yates engine under the hood, it will be no surprise to see the reigning NASCAR Xfinity Series champ secure a spot in the 500 on his qualifying speed.

In an unexpected scenario, Ryan Preece does not have a charter for the 2021 season, meaning the JTG Daugherty Racing full-timer will have to qualify for this year’s 500. With sponsorship currently guaranteed for only 24 races, Daytona could be a make-or-break scenario for Preece. Bristol Motor Speedway’s Dirt race in March is the next scheduled race to hold any practice or qualifying; it puts Preece in a very tough spot if he misses the field. However, the new Chevrolet engine should provide enough speed for him to have a strong chance to qualify his way in. Remember, JTG Daugherty teammate Ricky Stenhouse Jr. is also the defending Daytona 500 pole winner.

NASCAR Xfinity Series team Kaulig Racing will run multiple Cup races this season, hiring youngster Kaz Grala to pilot the No. 16 in the Daytona 500. Kaulig has shown in NXS that its superspeedway equipment is among the best in the business, winning the last three races at Daytona or Talladega Superspeedway. There is a learning curve jumping to the Cup Series, but expect Grala and this team to have some strong speed this week. Earning a spot in qualifying might be a stretch, but Grala’s experience and Kaulig equipment provides a strong chance to race their way in with the Duels. Remember, Grala earned a top-10 finish subbing for Austin Dillon at Richard Childress Racing last year.

Cindric and Grala are not the only drivers looking to qualify for their first 500. JR Motorsports driver Noah Gragson will attempt to make the show driving the No. 62 entry for Beard Motorsports. Tragically, the team will race with a heavy heart after team owner Mark Beard passed away January 31 at age 72. It adds extra fuel to the fire of an underdog that’s earned top-10 finishes in their part-time superspeedway schedule with now-retired Brendan Gaughan. The team has used RCR equipment in their few stints, adding extra speed and power for this operation. Gragson’s aggressive style, often getting him into trouble in NXS, should be one to watch in the Duel race. If he’s got a shot on the final lap, you can expect the young driver to do everything to advance.

While three drivers will be attempting their first Daytona 500, a veteran returns for a second straight one-off stint as David Ragan will appear in the No. 36 Ford for Front Row Motorsports. Last year, Ragan finished fourth in this race, his first since stepping away from the sport full-time. Don’t forget, Ragan’s two career Cup wins both came on superspeedways. At Daytona in 2011, he won for Roush Fenway Racing and outgoing sponsor UPS. Then, in 2013, he pulled off the upset with FRM at Talladega. The 35-year-old could possibly have the speed to lock in on qualifying night, but his experience should come through in the Duel race.

Gaunt Brothers Racing looks to forget a heartbreaking moment during Speedweeks last year when former driver Daniel Suarez failed to qualify. After an ugly season, they hope to rebuild with another driver seeking redemption. After Germain Racing was forced to shut down at the end of 2020, Ty Dillon is now paired with Gaunt Brothers to attempt the Great American Race.

One advantage for Dillon? Before he straps into the No. 96, he’ll compete in Tuesday’s Clash behind the wheel of 23XI Racing’s No. 23 Toyota. Yes, Bubba Wallace will not be the first to drive this car as Dillon landed the ride based off of his Toyota affiliation in 2021. Once again, a lock based on qualifying might be a long shot for GBR, but Dillon’s experience will play an important factor in the Duels Thursday night.

The drivers mentioned above have preliminary advantages. Some have experience, while others have funding. Their entries will have alliances with powerhouse teams to provide good speed. Unfortunately, some teams don’t have these benefits. MBM Motorsports returns once again in 2021 with two entries: Garrett Smithley in the No. 13 and Timmy Hill in the No. 66. Neither one should be expected to make the show based on qualifying speed. However, a shot in the Duels to advance is not out of the question. Both drivers have gained a world of experience over the past few seasons and it’s inevitable that, at Daytona, anything can happen in a Duel.

Another team that is expected to appear is NY Racing, fielding the No. 44. NY Racing last competed in 2018 with JJ Yeley. The team released a statement saying it would attempt the full season as an open team, but no driver or sponsorship have been announced as of yet.

The MBM Motorsports crew has worked very hard this winter to make @TimmyHillRacer a fast Mustang!! We still have the sides available for sponsorship. Reach out to @b_clodsr for more details. pic.twitter.com/5OKfCOStqc