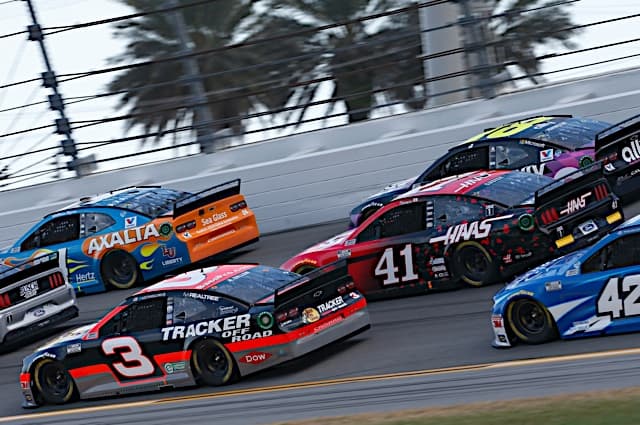 NASCAR has had to undergo several major schedule changes ever since the COVID-19 pandemic stormed onto the scene in early 2020. Certain tracks lost their dates and had to be replaced with others, and doubleheaders were held during select weekends to make up for lost races.

Then came more changes with the release of the 2021 NASCAR Cup Series schedule, where many new venues got to have a spot on the calendar for the first time. Other tracks, though, won’t get to see a lap of on-track activity all year.

The schedule for Daytona International Speedway Speedweeks, or shall we say, “Speedweek,” was one of those changes. Cars first hit the track on Tuesday, Feb. 9, for the inaugural running of the Busch Clash on the road course format. Action will then continue each day of the week up until the 63rd annual Daytona 500 on Sunday, Feb. 14.

Compared to the old Speedweeks schedule used in years past, this new one has many promising qualities to it. Let’s take a look at five reasons why this particular schedule change can be a good thing, and why it should remain this way for a long time to come.

For teams and fans alike, the condensed schedule should save people plenty of hassle when traveling to the World Center of Racing. Previously, teams would show up the weekend prior to practice for the Clash, race the Clash and then qualify for pole position the following day. Then everyone would sit still for two days before heading back to the track on Wednesday for 500 practice. Now that the delay is out of the equation, this will give teams the opportunity to get into a better pattern of smoothly getting in and out of Daytona in a timely manner.

Fans can also have the leisure of getting to see everything they want to during Speedweeks without having to spend as much time or money planning for it. Those who plan to travel to the speedway and attend all Speedweeks events can plan around a more fixed time frame. Since every major NASCAR racing event will occur at night, this will give spectators more predictability and stability to their planning. Any bit of ease can only help.

This change will alleviate some of the stress on teams making the long expedition down to Daytona and beyond. With Speedweeks starting almost mid-week, teams can have those extra couple of days to prepare their cars before they get driven down to Daytona, including those ever-important backup cars. Matching up the Speedweeks schedule to the other 35 race weekends that take place is a good move by NASCAR on trying to save teams money on most traveling expenses, in addition to transporting race cars from place to place.

The more compact schedule means there is more time for TV crews to plan how their coverage will shape up during the week, as well as shortening the amount of necessary physical work in order to make it happen. Setting up and tearing down TV equipment is no easy task, and to do it for multiple days at a time can get tiresome after a while. Having to spend two or three fewer days working at the track would be a relieving thing for TV crew members to keep in the back of their minds.

As for TV networks such as FOX, no longer will they have to worry about stretching their TV schedule across many days in hope of an uptick in viewership. Instead, they now have the chance to better shape up their coverage toward a more condensed time frame where they’re bound to have more viewers. With so many fans being at home during evening hours, the chances would be good for viewership and ratings to increase more than usual. It’s a winning plan.

Because of the new schedule, fans who are at the track will be in for more of a treat than they ever have been before. Sure, Daytona has many fun options for fans to choose from already. But for future years ahead, this new schedule could be a bigger hit with all the fun activities that fans can do. Each new day can bring forth differently themed activities, as well as all the old-time activities that fans always look forward to doing.

Unfortunately, with the pandemic guidelines still in effect, the grandstands will only be filled at a limited capacity. When the time comes for fans to be a part of Speedweeks in greater abundance with less restrictions, it would be an experience like no other – and then some.

The new schedule allows drivers to get into a better rhythm as the week progresses. It’s crucial for drivers to get as much seat time as they can during a race weekend. Thanks to the readjustment in the schedule, each day brings drivers less breaks between getting in the car and allows them to get a better feel for the track. And, unless rain comes along to mess everything up, drivers won’t have to spend as much time waiting around for the next chance to get back into their on-track offices.

From Tuesday’s Busch Clash to the grand 500-mile finale event on Sunday afternoon, fans should feel an added sense of anticipation, knowing that there’s something to look forward to each weeknight. From the die-hard fans who live and breathe for the dawn of a new season, to all the fans who look forward to getting their racing fill after suffering through a long day’s work, the new Speedweeks schedule should satisfy everyone’s desires. With the finish of Tuesday’s Clash being as wild as it was, it’s anyone’s guess what fans might see in the days ahead.