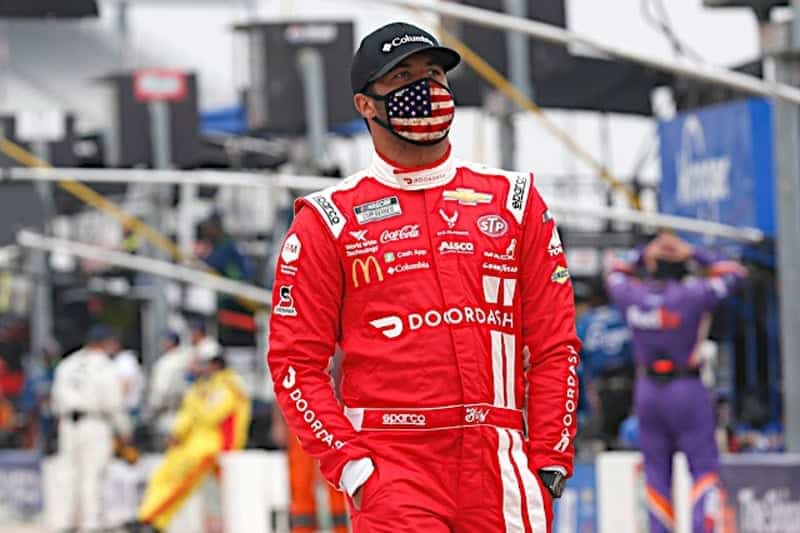 With seven road course events set to take place this season (including three new venues to the NASCAR Cup Series), “into the unknown” is a cliché, but true, moniker. World-class facilities await the field in Road America, Circuit of the Americas and the Indianapolis Motor Speedway road course.

But with stock cars taking to the venues, in some cases for the first time, should the sanctioning body institute “track limits” to prevent drivers from gaining an unfair advantage?

Michael Jordan and Pitbull are new team owners this year in NASCAR. Sure, Denny Hamlin and Justin Marks, respectively, are doing most of the heavy lifting, but their cachet and influence speak for themselves. Not to mention a young 24-year-old in Matt Tifft joining the owner ranks, making him the youngest owner in the series.

What are reasonable expectations for all these new organizations in 2021? Would winning a race or multiple races be considered successful, or is this more of a learning year ahead of the NextGen car’s debut slated for Daytona International Speedway next year?

Q:  Does NASCAR need to set “track limits” on road courses like other series, notably Formula 1, does? Like at the exit of the carousel at Watkins Glen and the short infield section at the ROVAL. – Matt O., Bethesda, MD

A: This has yet to be a real problem over the years at Sonoma Raceway, Watkins Glen International and recently the Charlotte Motor Speedway ROVAL. But with COTA on the schedule, there’s ample room for potential runoff (especially in the esses). Check out this aerial view (which is mesmerizing, by the way) for what I’m talking about. Jalopnik explained what track limits actually are, including the history of why the implementation occurred and what happens when they are and aren’t enforced. As the article explains, it gets a bit ticky-tacky in terms of the enforcement of the limits.

Sometimes, computer sensors are used, and whether or not an infraction was committed is rather straightforward. But when the stewards (a.k.a. the tower in NASCAR) make the decisions, there is more of a gray area.

I don’t think track limits need to be enforced at most venues, but COTA (turn 19 specifically) may be worth looking into. As the article notes, IndyCar didn’t have track limits there, and drivers used up all of the pavement possible. Whereas Formula 1 had track limits enforced, making for a much different approach to the corner and, thus, a little more precision throughout the event.

Sure, as Matt points out, the carousel at The Glen and Turn 6 (or whichever number it is, the twists and turns get me) could perhaps use some thought in terms of enforcement, but seeing cars sliiiiiide to the limit, just to be righted back straight enough to hit the curbing and get off the corner … I like that. There’s some art to it, as well as the uniqueness of a 3,500-pound stock car rumbling for all it’s worth just to barely miss the wall.

So, no, NASCAR doesn’t need to enforce track limits. But I won’t scream and cry if they do.

Q: With three new teams set to debut this season (and two having significant alliances with solid equipment), what are realistic expectations for 23XI Racing, Trackhouse Racing and Live Fast Motorsports in their first full seasons? – Drew B., Lebanon, TN

A: Let’s take it team by team and look at what they have said themselves, shall we?

Bubba Wallace made headlines when he declared two wins on the year was his goal. If that sounds a little ambitious, it is. Wallace later clarified, saying he knows that’s a bit of a lofty goal to set, but that doesn’t mean they can’t shoot for the stars. In the short term, they should be improving week-to-week, going from top 20s to top 15s to top 10s to top fives and, in due time, race wins.

But Wallace, Jordan and Hamlin know that won’t happen overnight; maybe not at all this season. They’re building this for the long haul and will be around for years to come. But with Joe Gibbs Racing equipment at their disposal and a hungry driver ready to prove his worth, it’s not unrealistic to expect a playoff berth for the No. 23 Toyota come later this year.

As for Trackhouse Racing, they’re here to revolutionize ownership and the landscape surrounding it. Owner Justin Marks scored a celebrity partnership of his own in the form of Pitbull and scored his driver target in Daniel Suarez. Marks joined the Frontstretch Podcast this week (coming out later this week) and discussed his vision for the No. 99 camp moving forward, aiming to make fans followers, not of an individual driver, manufacturer or sponsor, but the “franchise” of Trackhouse itself.

They’re in Richard Childress Racing equipment, so expectations will be a little lower than 23XI in their first season. If they can consistently run around or even better than Austin Dillon and Tyler Reddick, I’d call that a resounding success in year one. Suarez called this the best opportunity of his career, and after a dismal year with Gaunt Brothers Racing, any change is a welcome one.

Live Fast Motorsports is a mid-pack team right now, at best. B.J. McLeod knows what he’s doing and takes care of the equipment he’s put in. He’ll take a 25th-place car and run 25th with it. He’ll do the same with a 30th-place car or a 10th-place car, but the No. 78 will be toward the bottom of the running order this year.

Tifft admitted that when they sell sponsors, they’re shooting them straight.

“We are not Joe Gibbs Racing, at all,” Tifft said on Victory Lane last week.

But their goal 20, 30 years down the road (much like Trackhouse and every other new team) is to contend for championships. A couple top 20 finishes with a top 30 points finish will be a solid year for Live Fast. From there, growth is necessary at a consistent pace.