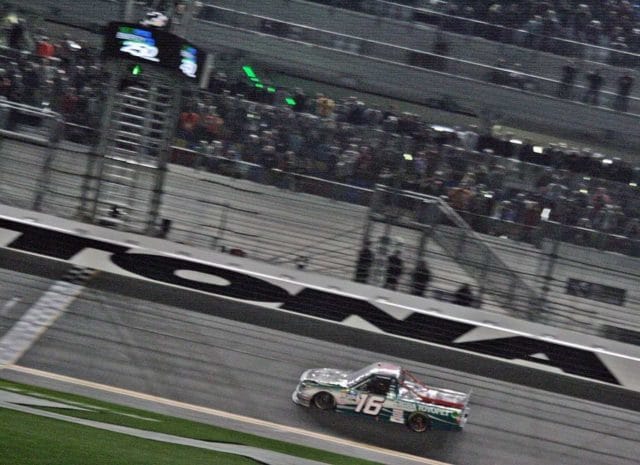 Since there are 46 trucks entered for the event, 10 won’t qualify for Friday’s race.

Jordan Anderson will drive his self-owned No. 3 before he moves to the Xfinity Series full time in 2021 in the No. 31.

FDNY Racing makes its usual trek to Daytona with Bryan Dauzat in the No. 28.

Drew Dollar is entered in Kyle Busch Motorsports’ No. 51 for his series debut.

Niece Motorsports will field James Buescher in the No. 44 alongside its three full-time trucks.

Jason White and Jesse Iwuji are in the Nos. 33 and 34 trucks for Reaume Brothers Racing.

Codie Rohrbaugh returns to Daytona in his family’s No. 9.

Todd Peck will attempt to qualify for the race in the No. 96 truck for his own team.

Ray Ciccarelli and Tim Viens are entered in Ciccarelli’s Nos. 49 and 83 trucks. Originally, Ryan Huff was announced for the No. 83, while Viens was projected to drive the No. 49.

Hill Motorsports’ No. 56 features Gus Dean, who also drove the truck in 2020 in a WinTron Racing partnership.

The part-time Nos. 68 and 75 trucks are entered with Clay Greenfield and Parker Kligerman, respectively.

Also, Joe Nemechek has entered his No. 8 truck.