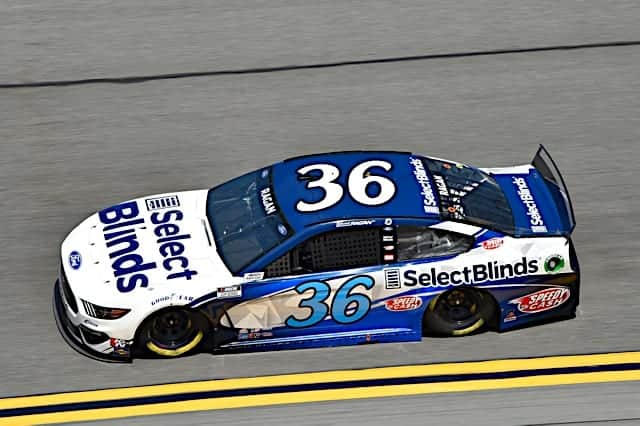 The Nos. 13 and 36, driven by Garrett Smithley and David Ragan, respectively, failed inspection twice. Both their car chiefs were ejected.

Noah Gragson‘s No. 62 Chevrolet failed inspection three times. In addition to his car chief being ejected, Gragson was unable to complete a qualifying lap in single-car qualifying.

Ragan qualified 10th fastest and locked himself into the Daytona 500 as one of the two fastest open entries. He will start Bluegreen Vacations Duel No. 2 in sixth.

Smithley was 36th fastest in single-car qualifying. He will start the second Duel in 18th. He must race his way into the Daytona 500.

Gragson will start dead last, 22nd, in the second Duel. He too has to race his way into the Daytona 500 by finishing as the highest open driver in that race tonight.

The Duels will get underway tonight (Thursday, Feb. 11) at Daytona International Speedway with the first one set to begin at 7 p.m. ET with TV coverage provided by FOX Sports 1.