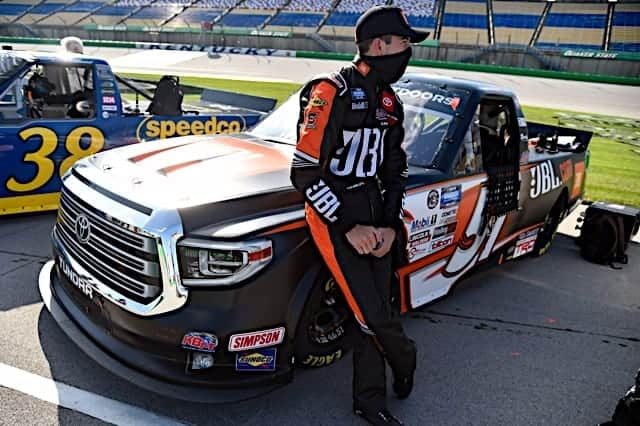 Smith posted the fastest lap time of 189.641 mph. Paul Andrews is serving as his crew chief, as Smith’s usual crew chief Danny Stockman is finishing off a three-race suspension.

Matt Crafton, Stewart Friesen and reigning Daytona winner Grant Enfinger rounded out the Toyota brigade in sixth through eighth on the speed charts.

David Gilliland, driving his own No. 17 Ford, came in ninth, and Ben Rhodes completed the top 10.

Ryan Truex was the fastest Chevrolet driver with the 11th-quickest time.

Forty-six drivers are entered for the NextEra Energy 250. Forty-five completed a lap as Tim Viens was the lone driver not to drive around the 2.5-mile superspeedway. A total of 10 will not make the show tomorrow, Feb. 12.