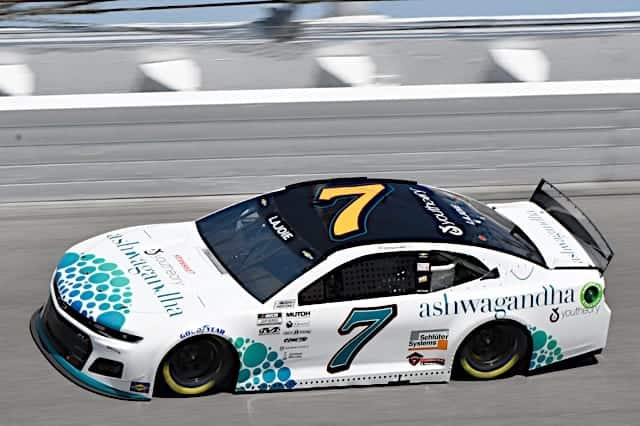 The 63rd running of the Daytona 500 is going to be a rather interesting iteration of the Great American Race.

The pomp and circumstance this race usually provides has been muted due to the ongoing COVID-19 pandemic. There will still be a few things such as the pre-race concert, but the track will only host 30,000 fans compared to the 100,000-seat capacity of Daytona International Speedway.

This is a very deep Cup field talent-wise. This race, as it always is, will be wide open as far as who can win. The race seems due for a surprise upset winner, however.

If that happens, it will probably come out of the JTG Daugherty Racing team. Ricky Stenhouse Jr. is a great superspeedway racer who has two wins on the discipline in his career, while Ryan Preece has been strong at Daytona since competing for a win as a rookie in the 2019 500.

My pick for this year’s 500, however, is Corey LaJoie. LaJoie has competed for and received top 10s at Daytona in much worse equipment than what he has right now. Both he and teammate for the week Jamie McMurray were strong in the first practice, being the fastest non-Toyota drivers on the leaderboard. LaJoie has also morphed into a solid veteran driver these past couple of years and should be able to keep his car clean until the end in a field with a lot of younger and more inexperienced drivers.

Why did Adam Stevens give up on Kyle Busch?

The idea for JGR to separate Adam Stevens and Kyle Busch this past off-season seemed a tad premature. They had a slow season last year, but that didn’t mean they were stuck like that forever.

The pairing won two Cup championships in just six seasons. But the idea of Stevens approaching 2021 with the idea of not making any real changes to the team sounds just incredibly bad.

To be fair, we don’t have Stevens’ take on this story, just Busch’s and team owner Joe Gibbs’ himself. Maybe Stevens had a reason for keeping everybody together, maybe Busch exaggerated the issue; there are some scenarios where this isn’t as bad as implied. But having the albatross of the only active multi-time Cup champion saying, “he gave up on me” is pretty heavy for a crew chief to wear.

Usually, when NASCAR teams are compared to other sports, one comparison frequently made is the crew chief being a coach. In reality, this isn’t the case. Successful crew chief-driver combinations have give-and-take. If Jimmie Johnson had spoken up to Chad Knaus about replacing this guy with that guy, Knaus is at least considering it. It’s not a coach-player relationship, because the crew chief is the first one on the chopping block when a team isn’t working, not usually the driver.

And it’s not like Busch is still some brat barely old enough to be in a Cup car. He’s turning 36 years old in May. He’s won every year in the Cup Series since 2005. Busch maybe has an idea of what a championship winning team needs. It definitely isn’t having a crew chief who thinks 2020 was good enough with a driver as skilled as Busch in the car; they shouldn’t keep their gig.

What’s next for the Busch Clash?

The Busch Clash this year ended up being a pretty great race.

My expectations were low on the event. Last year’s Daytona road course weekend was a pretty big dud and the rules didn’t seem to lead themselves to any kind of strategy on the surface. But the Clash ended up delivering.

The ending of the race ended up telling a pretty classic tale — two young drivers wrecking each other going for the win, while the wily veteran slips past and steals the victory. The cool part of this one is that Busch himself had to get by Joey Logano in the closing laps in order to be in the catbird seat to begin with.

It was interesting to see just how race-y everybody was in this race. Usually, teams would take a race like this as a test event and aren’t super aggressive, like when the All-Star Race was at Charlotte Motor Speedway the week before the 600. That wasn’t really the case here.

It’s going to be interesting to see what happens to both this race and to this track configuration in the future after next weekend. It might not be a great idea to go to any racetrack four times in one season. But if this sport gets to the NTT IndyCar Series point where superspeedway racing is avoided when possible, why not move the summer race to the road course? If the racing is going to be as good as it was Tuesday night, there really shouldn’t be a huge difference.

How much better has Fox’s production quality been?

One highlight of Speedweeks this year has been the production quality of Fox Sports.

The camerawork has really taken a big step forward. I can actually see a race now instead of a zoom-in on whoever the announcers are talking about.

Speaking of the announcers, the inclusion of Clint Bowyer has been a big plus. Gordon has a much more natural chemistry with Bowyer than he did with Darrell Waltrip a couple of years ago, and he seems much more comfortable in the booth after sounding lost for much of last year.

The Clash was shot so much better than NBC’s productions at the Daytona road course last year. NBC missed so much stuff last year, while the Fox broadcast was significantly more compact, albeit with half of the field size. It’s also done a significantly better job this year at telling the story of the whole field, whereas in years past it and especially NBC have had troubles striking a balance.

The Xfinity Series broadcasts will be interesting this season, if Fox ends up continuing with its makeshift lineups and McMurray being a big part of them. The Camping World Truck Series may be… less so, but two out of three series being well broadcast is a big step up from none.

Maybe Adam Steven just got tired of listening to Kyles tirades and abuse? Just a thought.

the winner of the daytona 500 will be the one who survives the mayhem that happens at the end of the race.

i have a feeling the winner of the 500 will be mother nature.

Great article. I also don’t get Stevens’ attitude, but he should know that in the case of superstar driver vs. crew chief, the driver always wins. Stevens is lucky to still have a job.

I also thought the Clash was fun to watch. Good buddies Chase and Blaney went for it, which is refreshing compared to the team orders we will probably see in the 500.

Bowyer is a great addition to the booth. I may actually be able to watch some races without muting the sound.

There are FIVE Toys in the event: Hamlin, Baby Busch, Truex, Bell and Wallace. When they get together at the end of the event one of them will win.

Maybe I am being a slight conspiracy theorist, but somehow I suspect that Bubba Wallace wins Daytona. I figure NASCAR will do something to help him out just to get the headlines!

Here we go. Wallace was going to get the pole too. How did that work out?

Somebody lost their job over that.