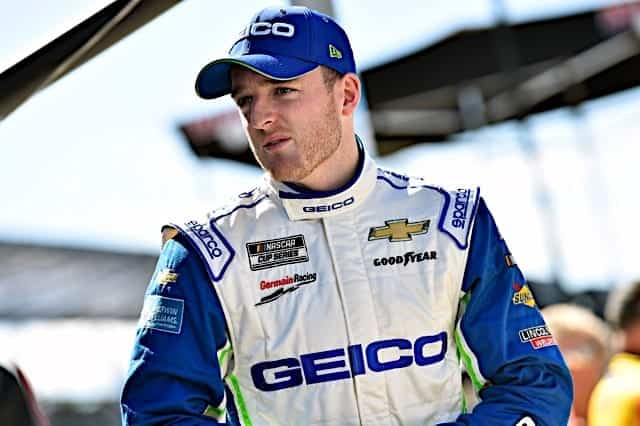 Less than 24 hours after narrowly missing the field for the Daytona 500, Ty Dillon has found some consolation in the NASCAR Xfinity Series.

The 28-year-old, who recently signed a part-time NXS deal with Joe Gibbs Racing, was the fastest driver at Daytona International Speedway after pacing the lone 50-minute session for Saturday’s (Feb. 13) Beef It’s What’s For Dinner 300 with a fast lap of 192.757 mph.

Riley Herbst slotted in just behind Dillon in his new Stewart-Haas Racing ride. The No. 98 Ford turned a lap of 192.489 mph. The Dillon and Herbst duo was aided by drafting in the session, which was dominated by small packs of no more than five cars and single-car runs.

Early in the session, Stefan Parsons had an overheating issue and quickly exited the track. Parsons was able to get back on track and clock in the 26th fastest time of the 44 drivers who turned a lap in practice.

Troubles continued shortly after, this time for Noah Gragson. The No. 9 JR Motorsports Chevrolet cut down a tire on the backstretch, incurring some light cosmetic damage to the left rear quarter panel. Fortunately for Gragson, he was able to catch it and nurse it back to the garage safely before any more calamity struck.

The notable absentee this session amongst the 45 entrants was DGM Racing’s Josh Williams. Williams attempted to get on the track, but his No. 92 failed to fire and leave pit road, prompting a red flag.