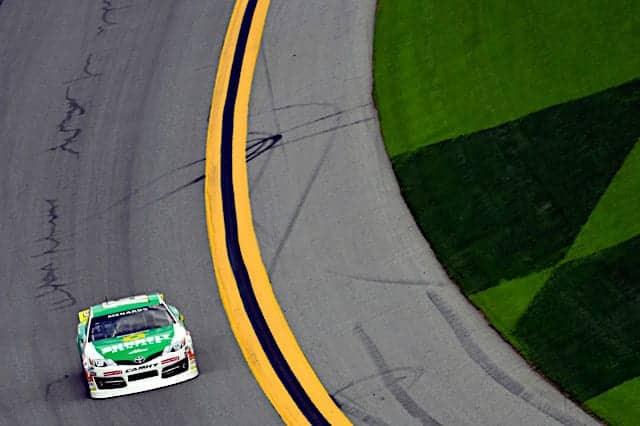 It’s Dollar’s first ARCA pole as he hopes to start 2021 off strong. He won the race last year at Talladega Superspeedway and is seeking his second ARCA career win.

Dollar is driving the No. 15 Venturini Motorsports Toyota in this race, competing part-time this season for them while making select starts in the NASCAR Camping World Truck Series. Last night, Dollar wheeled the No. 51 Kyle Busch Motorsports Toyota to a 10th-place finish in the Truck season opener last night, also at Daytona.

Dollar posted a pole-winning time of 49.489 seconds. He edged out Venturini teammate Gracie Trotter by 0.010 seconds. She’ll pilot the No. 25 in her fourth career ARCA race.

In his first start since 2002, Greg Van Alst will start third. Another driver making a comeback, three-time Truck winner Rich Bickle, came in fourth fastest. The 59-year-old Bickle will be making his first start in any NASCAR or ARCA division since 2005.

Ty Gibbs, who paced the field in the lone practice session, was 13th quickest. Reigning champion Bret Holmes timed in 15th on the speed charts.

All 34 drivers who made a qualifying attempt will start the race.

The ARCA race is slated to begin at 1:30 p.m. ET today with TV coverage provided by FOX Sports 1.