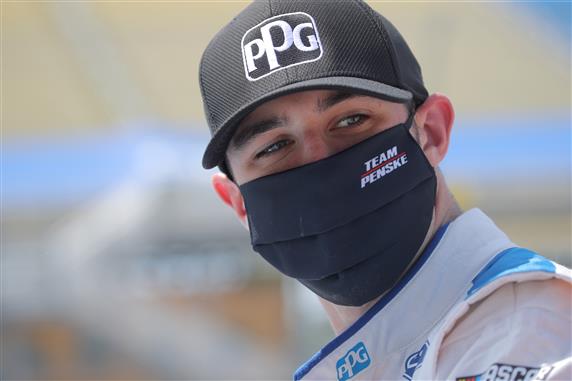 Forty-five drivers were entered for today’s scheduled Beef. It’s What’s For Dinner 300 at Daytona. Typically, the field is 36 entries, but the rainout means the field will be expanded to 40. The five drivers who failed to make it, based on NASCAR rainout rules were 2018 and 2019 Xfinity champion Tyler Reddick, plus Chris Cockrum, Jordan Anderson, Ronnie Bassett Jr. and Mario Gosselin.

It’s a devastating result for Anderson, coming just hours after a second-place finish in the Camping World Truck Series season opener. Then there’s Reddick, who was hoping to be eligible for a past champion’s provisional driving a second car for Our Motorsports. But he lost that privilege by not competing in a single NXS race during the 2020 season.

Austin Cindric and Justin Allgaier are today’s front row starters with the top 30 within the NXS lineup determined based on owner’s points. Cindric was third fastest in Friday’s Happy Hour, posting a scorching fast time of 192.378 mph. Allgaier was 32nd fastest, with 186.359 mph.

Prior to the NXS cancellation, Cup stars took the track for one final shot at dialing in their cars for tomorrow’s 63rd edition of the Daytona 500. Raindrops falling moments after cars took the track forced the drivers back to the garage for the final time. The only track time drivers have before the Daytona 500 is the Duels and Wednesday’s (Feb. 10) practice, in which Bubba Wallace topped the charts with a time 199.747 mph.

Twenty-seven cars participated in traffic during final practice, 26 of which only turned one lap. Josh Bilicki, in the No. 52 Rick Ware Racing Chevrolet, was the only driver able to get two laps in. Brad Keselowski led the shortened practice with a time of 196.395 mph, followed by Kyle Busch, Bubba Wallace, two-time defending Daytona 500 winner Denny Hamlin and Martin Truex Jr.

None of the Hendrick Motorsports drivers left the garage area, including pole sitter Alex Bowman who, during Duel one at Daytona on Thursday, suspected engine trouble. An engine change has not been reported for Bowman, who remains on the front row for Sunday’s Daytona 500.