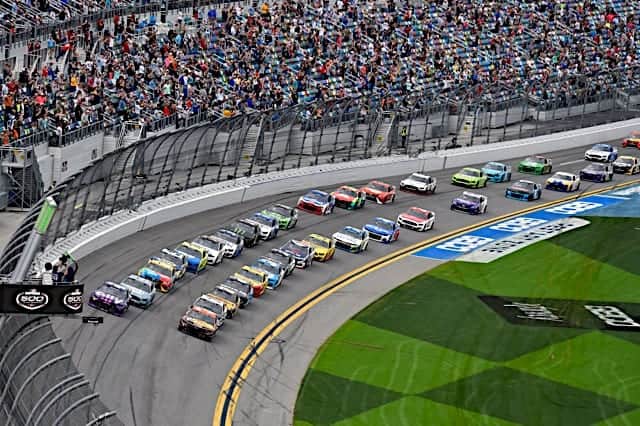 Former Daytona International Speedway president Robin Braig has died at the age of 64, the track announced his Feb. 18.

“Daytona International Speedway is saddened to hear of the passing of former track president, Robin Braig,” a spokesperson for the track said via a tweet. “His creativity and passion for the sport and our fans helped grow Daytona to unprecedented heights. Our thoughts are with his family and friends as we share this loss.

“His warmth, infectious laugh and welcoming presence were trademarks of a man who made a last impression on all those he encountered.”

Braig began his NASCAR career in 1998 and included serving as head of Phoenix Raceway and working for ISC. Among his accomplishments as president of Daytona were the total renovations of the paddock, the new turn 1 tunnel and hosting the 50th Daytona 500.

A cause of death for Braig was not revealed.

NASCAR wrapped its season-opening race weekend, culminating in the 63rd Daytona 500, this past weekend, and all three national NASCAR series will return to the track to race on the road course.