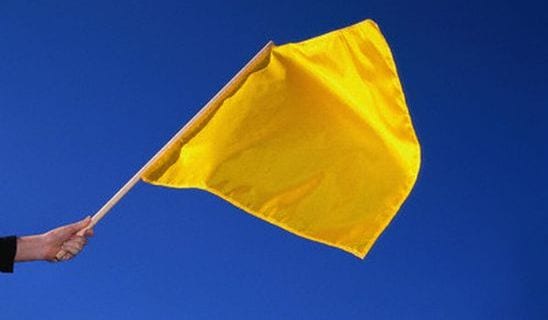 Did You Notice? … This year’s NASCAR Cup Series race at the Daytona International Speedway road course ran 12 of its 70 laps under caution? It adds up to 17% of Sunday’s race (Feb. 21), with only one green-flag run lasting more than 10 laps. The eight cautions were more than any road race outside of Charlotte Motor Speedway’s ROVAL since NASCAR’s stage system was established in 2017.

Weirdly enough, Sunday’s percentage was less than the season-opening Daytona 500 (20%). So why did every time the caution come out at this Daytona feel like an eternity?

The good news is some quality competition left those yellows a mere footnote in what was an outstanding road course race. But each time officials made that call, it guaranteed a five-minute slowdown at a 3.61-mile racetrack where it takes nearly two minutes to complete a lap at speed.

NASCAR tried to limit the breaks; no caution Sunday lasted more than two laps. The problem was there were several incidents which, in other series, might have caused a “local yellow” where cars would only slow down at one portion of the track.

It’s also a procedure NASCAR Senior Vice President of Competition Scott Miller made clear the series has no plans to adopt.

“Under no circumstance are we going to have a local yellow with our equipment and our personnel out on the track,” Miller said on SIRIUS XM Radio this week. “Local yellows (are) something that we can talk about, but honestly, I don’t really think that it keeps us from throwing the full-course caution hardly ever.”

Miller went on to say they give cars every opportunity to get going before throwing a full course yellow on a track that big. To be fair, only three of the eight cautions thrown Sunday were listed as accidents.

But that’s also where the controversy comes in. Two other yellows were thrown for debris while a third, for rain, changed the entire outcome of the event. When that decision was made, Chase Elliott was cruising up front and seemed unlikely to be caught by Christopher Bell, Martin Truex Jr., Denny Hamlin or any others. The aftermath caused some wild pit strategies, a number of late-race accidents and scrambled the final running order like shaking up a snow globe.

Lap 57 caution for light rain after 20 laps of green completely changed the race.

It would be one thing if the passing shower forced all race teams to switch to rain tires. Hardly. Most stayed on slicks because it rained in only one portion of the course.

No one was hurt more by those circumstances than Elliott, who saw a win go poof as he wound up back in traffic, batted around like a pinball instead. The sport’s best road course racer wound up a ho-hum 21st as his four-race road course win streak fell victim to that dreaded yellow flag.

“When you have those late-race cautions like that, and you have a mixed bag of who stays and who goes, it’s a bit of a gamble either way, I felt like,” Elliott said. “You get back in traffic, and it just gets to be so chaotic, and then just depending on who gets through and who doesn’t kind of determines how it’s going to shake out.”

This weekend, those decisions produced a thrilling finish with Bell winning the first Cup race of his career with a late-race pass. Some unexpected surprises, from Kyle Larson to Kurt Busch, took their swings before ultimately falling short. The excitement surrounding NASCAR’s road courses are palpable, a welcome rebound from a 400-mile, cookie-cutter snoozer.

Was that finish entertaining? Of course! But there’s danger surrounding this honeymoon period. Indeed, the sport often gets itself in trouble long-term over the types of decisions they made on Sunday. Remember the old days on those intermediate ovals, when random debris cautions were thrown to keep the competition honest? Fans’ disdain for the practice eventually created the stage system as these yellows often affected the outcome of the race.

These full-course cautions on road courses, especially when there’s debris in an isolated area, threaten to create the same frustration over time. A blown tire on the backstretch, outside the groove, shouldn’t be the source of a five-minute break on a 3.61-mile road course. Couldn’t NASCAR have trucks strategically positioned to pick up isolated debris? I respectfully disagree with Miller there. To me, that’s the best use of a local yellow; cleanup in the name of safety.

The sport can officiate these track types better.

I don’t think this issue is dead, by any means, especially with NASCAR’s road course ratio up to nearly 20% of the 36-race schedule. Remember when NASCAR came out and said they were sticking with knockout qualifying after no one ran in the final round at Auto Club Speedway two years ago? That commitment didn’t last long. The type of conservatism causing a full-course caution feels like it’s unsustainable in terms of keeping the playing field level.

So don’t be surprised if we see an adjustment before the end of 2021. The NASCAR Camping World Truck Series alone had 20 of its 51 laps run under yellow Friday night, some 39% of the race itself. How do you get in rhythm for a race like that, as a fan, driver or crew chief?

You don’t. And that’s why fixes appear inevitable over time.

Did You Notice? … Two races in, we have some big surprises already pushing their way into playoff contention. Michael McDowell entered 2021 some 16 months removed from a top-five finish. Now? He’s all but punched a ticket as last week’s Daytona 500 champion. McDowell’s eighth-place result on the road course this past weekend marks the first back-to-back top-10 finishes of his Cup career.

And how about Ryan Preece? A driver who was once rumored to be out of the No. 37 Chevrolet, then acquired sponsorship for only 24 races has as many top-10 finishes in 2021 (two) as he did all of last year. A third top 10 at Homestead-Miami Speedway will put some pressure on JTG Daugherty Racing to try running this car the full season regardless of funding.

It’s too early for any big names to worry; after all, the 16th-place driver only has 38 total points. But McDowell and Christopher Bell in the postseason automatically squeeze out at least one 2020 playoff driver for 2021 (Clint Bowyer, who made the postseason last year, is now retired).

The one I’m worried the most about in that group is Matt DiBenedetto. It’s not just Matty D’s rough start (two DNFs, five total points two races in). He’s racing for Wood Brothers Racing as a lame duck while Austin Cindric already came out in a Cup car and impressed in the Daytona 500, leading two laps before fading to 15th.

It’s hard enough for a driver to succeed in a one-year deal: just ask Kasey Kahne how his time at Red Bull Racing went or Bowyer in his one-off disaster with HScott Motorsports before replacing Tony Stewart. But Cindric is already in the Team Penske system. He’s a clear favorite to repeat as NASCAR Xfinity Series champion. It’s a reality much harder for DiBenedetto and the team to shy away from as the year goes on.

That’s why a good start was crucial, for both Matty D’s 2022 audition and the No. 21 Ford staying in the game. That opportunity has now been lost.

I like the road course races but I am not a big fan of crapshoot finishes and racing. I like to see the guys that ran up front most of the race get the good finishes they deserve. I suppose crapshoot endings are OK a few times a year to keep things interesting. I hope NASCAR reconsiders finding a way to use local cautions on their road courses if they are committed to having road courses as prevalent on the schedule as they are this year.

Not to worry, this week starts the true regular season. By the time we get to the Bristol dirt race I am sure the regular stars from the big teams will occupy the top spots in the standings as sure as death and taxes,

I’m just confused why nascar needs to declare a rain race. Let the race flow, and put the responsibility on the team of what tires and when.

What I’ve seen the first two races is a lot of wrecks caused by a lot of stupid driving. NASCAR has become an unwatchable mess, something like watching a demolition derby with the on-air commentary cheering the wrecks, making excuses for the drivers, and during the slow times when no one is wrecking, excitedly predicting that they soon will be wrecking.

Kasey Kahne did greater than expected in the Red Bull equipment in 2011, especially toward the end of the season. He even won a race. He had 8 top 5’s and 15 top 10’s. He finished 14th overall in points, about what he did in Hendrick equipment.

Road course racing is nothing more then a temporary fix to what is actually hurting the sport. They novelty will wear off. The Roval ratings and attendance went down the second year. The tv rating for Sunday’s race may seem great until you realize the race had no competition from other sports.
No one mentions this but this non sense about local cautions is just that. The big problem is how do you determine how slow the cars to go thru the area? You’re going to get into speeding penalties which will be arbitrary as each area may require a different speed to slow to. How will a driver know how fast, or slow, he is going? Just like pit row they will push it. On a road course penalties are disastrous.

I love road course races because they allow drivers to show off a completely different skill set than the superspeedways or cookie-cutters. However, the rain caution on Sunday was ridiculous. If part of the track was wet, there should have been a local caution for Turn 2 or wherever it was deemed to be wet. NASCAR says they won’t send safety crew members onto the track for local yellows, but there was clearly no need for any track crew to be on track for the phantom rain shower. The longer road courses are going to be a nightmare of endless cautions if NASCAR doesn’t rethink its policy on local cautions.

Kenny Schrader said it best. Rusty Wallace and D.E. could race side by side because they practiced doing just that. Nascar has to reverse its no practice policy. While parts of the show were good and its fun to watch some of those kamikaze moves work out when our favorites do them isnt that what sim racing is for? You know making dumb moves and wrecking the field because cars are now a dime a dozen instead of a prized possession and the driver cant get hurt. But why are our best cup drivers doing just that.

You actually answered your own question. They’re drivers not racers.