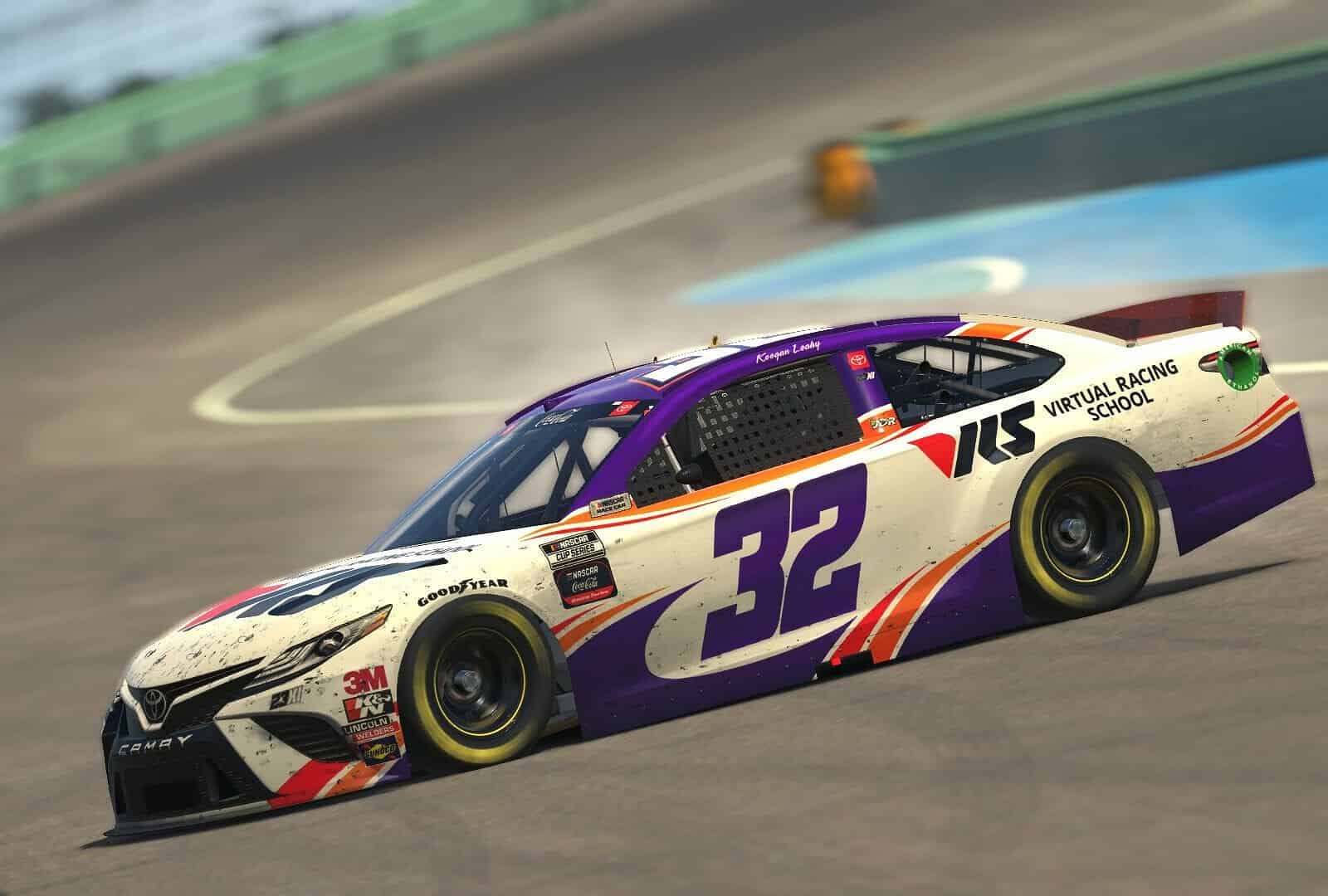 After a wild finish at Daytona International Speedway, the eNASCAR Coca-Cola iRacing Series headed to the virtual Homestead-Miami Speedway on Tuesday night (Feb. 23) for the second event of the 2021 season. Homestead has been known for putting on some great races over the years. The most recent encounter with the track for the series was the season finale in 2020, where Nick Ottinger captured the title after some late-race restart heroics.

Keegan Leahy started out front on Tuesday, joined on the front row by Bobby Zalenski. Despite losing pre-race favorites Zalenski, Ray Alfalla and others due to server issues at the beginning, as well as a caution-free race, it was Leahy who completely dominated and captured the win for his first victory of the season. This is also the first win for the newly rebranded virtual 23XI Racing team.

“I was trying to play the pit strategy to get the most clean air as possible,” said Leahy in regards to his usage of pit strategy to keep the lead throughout the race. “I’ll definitely be going for more wins — I think we get three bonus points for a win — and that’ll help us to try and get to the Championship 4 this year.”

This feels like a mini-redemption for Leahy after being in the Championship 4 last season at this track, where he lost his battle for the title early on in the race. Now, he can relax for the entire regular season knowing that he is locked into the playoffs, provided he stays in the top 20 in points. He now joins Michael Conti on the playoff grid and will look to continue the momentum next week.

Pit strategy came into play throughout the race as well, as teams looked to stretch their fuel to be in contention for the win. In a clean-and-green race, drivers like Bob Bryant of Kligerman Sport and Malik Ray of Spacestation Gaming both looked to make it on only one pit stop. Unfortunately, that didn’t work out for Ray, who finished midpack, but Bryant was able to bring home a top-10 finish.

Ryan Luza and Chris Shearburn were the two closest competitors to Leahy all race, and both ultimately came home with solid runs to get their season on the right track.

The next race will be on March 2 at the virtual Las Vegas Motor Speedway. Coverage will begin at 9 p.m. E.T. on Twitch.tv/iRacing or eNASCAR.com.