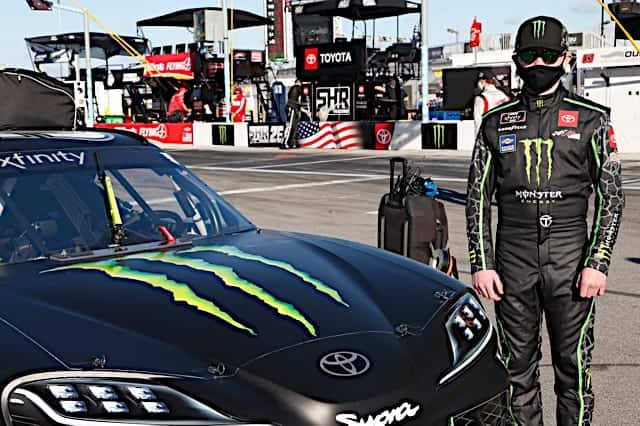 Ty Gibbs, one of the youngest winners in the Xfinity Series, will run more races behind the wheel of the No. 54 car of Joe Gibbs Racing. After battling with defending champion Austin Cindric for the win last week at the Daytona International Speedway road course, Gibbs will compete in 14 more Xfinity races throughout the season.

Gibbs will be back at the track starting at Phoenix Raceway on March 13th. After the start at Phoenix, he will not be back until a month later at Martinsville Speedway. While Gibbs competes in the ARCA Menards Series, Gibbs will have a busy summertime schedule with races at first Darlington race, Dover, Charlotte Motor Speedway, Mid-Ohio Sports Car Course, Pocono Raceway, Road America, Watkins Glen International, Indianapolis Motor Speedway road course and Michigan International Speedway. Gibbs will be in some playoff races including Richmond Raceway, the Charlotte Motor Speedway ROVAL and will end his Xfinity season at Kansas Speedway.

Gibbs is eligible for points in the NXS.

Kyle Busch, Ty Dillon, Martin Truex Jr. and Denny Hamlin are still expected to run the other races in the No. 54 Toyota. Busch was scheduled to run Road America, but there was no announcement on what race will replace Road America on Busch’s schedule.