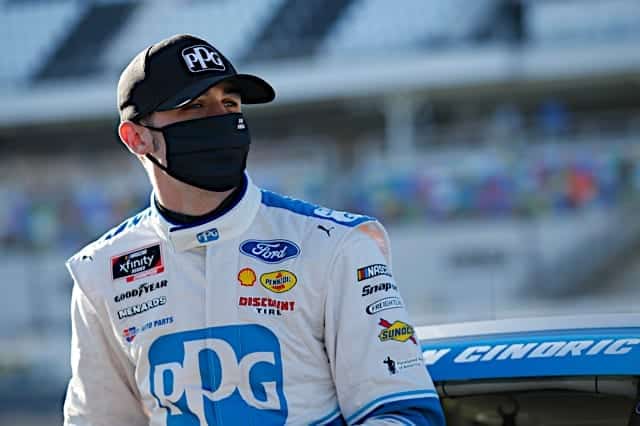 Brett Moffitt begins sixth and Brandon Brown is seventh. Justin Haley, Jeremy Clements and Myatt Snider finish up the top 10 in the lineup.

As expected, Ronnie Bassett Jr. and Jordan Anderson did not qualify for the race.

Driver’s and owner’s results (weighted 50%) and fastest lap speeds (15%) from the Daytona road course as well as team owner’s points rankings (35%) were used to form the lineup.