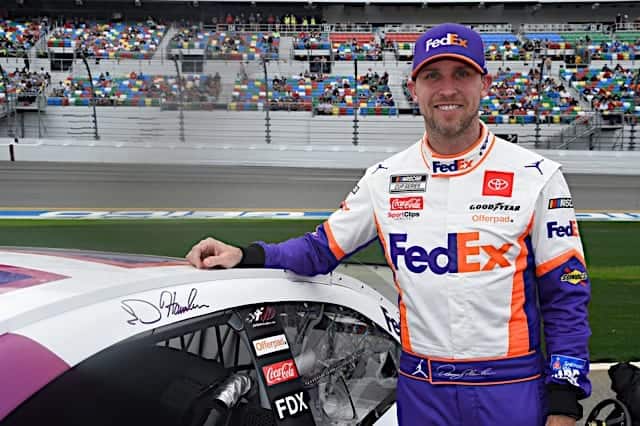 Denny Hamlin will hold the helm at the start of Sunday’s (Feb. 28) NASCAR Cup Series race at Homestead-Miami Speedway.

Joey Logano will start next to Hamlin on the front row, while Daytona’s road course victor Christopher Bell slots in third. Kevin Harvick is fourth and Kurt Busch rounds out the top five starters.

The lineup was formed using an equation that combined four weighted categories: driver’s and team owner’s finishing position (25% each) and fastest lap (15%) from the Daytona road course, as well as owner’s points (35%).