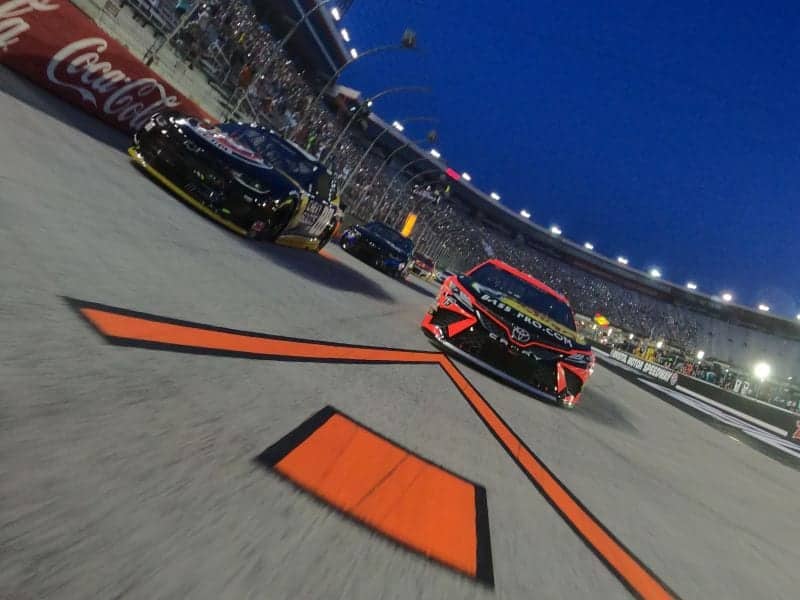 Guess what’s back, back again? The choose rule’s back, tell a friend.

As the NASCAR Cup and Xfinity series make their annual trek to Homestead-Miami Speedway, it welcomes the return of the choose rule. First used in last year’s All Star Race at Bristol Motor Speedway, it was later added to racing procedures in August.

If you need a refresher on the choose rule, keep reading.

What is the choose rule?

The choose rule is a procedure to enhance on-track competition by allowing drivers to choose between two lanes on a restart: the preferred and non-preferred racing lanes. They could gain track position by choosing the opposite of their competitors. It helps to eliminate the games drivers would play on pit road by waiting for another car to exit pit lane so they could restart in the preferred groove.

Where is it used?

It’s also used at many short and dirt tracks outside of NASCAR, where drivers would go around a cone instead of a mark on the track.

When does the choose rule come into play?

It comes into play with one lap to go before a restart. It doesn’t come at the very start of the race.

How does it work?

As drivers approach the mark on the track (which is an orange V with a box inside), they decide whether to restart in the top or bottom lane. For example, if the first three racers go to the top, the fourth one could decide to move to the bottom, allowing him or her to restart on the front row.

What is the line up order?

Drivers will line up single file in this order:

Note: Vehicles that are on pit road during the choose process as well as penalty and lay over vehicles are not eligible to choose a lane.

Can a driver be penalized during the process?

Yes, if the driver touches the box with his/her tires, changes lanes after choosing or impedes the choose process, they will restart at the tail end of the longest line.