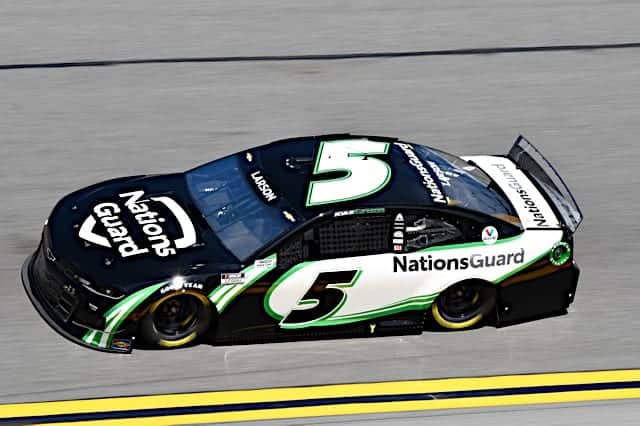 It’s time for the third consecutive race in sunny Florida for the NASCAR Cup Series this season, this time at Homestead-Miami Speedway. The Dixie Vodka 400 is set to air on Sunday at 3:30 p.m. ET on FOX.

After turning both left and right last week on Daytona International Speedway’s 3.61-mile road course, drivers return to oval racing with a 1.5-miler. The former longtime host of the season finale, Homestead’s race date has been switched around twice since November 2019. The 2020 race was held in June due to the COVID-19 pandemic, and this year, it’s at the end of February.

Homestead is abrasive on Goodyears, so drivers will need to manage tire wear throughout the event. Additionally, racers often like to ride up against the wall at this place, which can cause problems if they get too close. Choose wisely among those who can handle the closest version to a Darlington stripe we’ll see on the circuit outside the Lady In Black.

I’ll need to choose wisely myself this week after a disastrous lineup on the road course. My DraftKings roster scored 65.55 after three drivers — Chase Briscoe, Tyler Reddick and Ross Chastain — recorded negative scores. It also didn’t help that Chase Elliott went off track twice in the closing laps, ruining what looked to be a near-certain victory. At least Martin Truex Jr. and Daniel Suarez had over 40 fantasy points each.

DraftKings lowered the points for each fastest lap to 0.45 this season, as well as the points awarded for first place to 45. DraftKings has also put more emphasis on drivers who finish inside the top 10 and top 20. For example, the gap between 10th and 11th place is now two points instead of one: 10th gets 34 points, while 11th gets 32.

Welcome back to the DraftKings lineup, Larson! He’s getting used to racing in a Cup car again and has shown great speed in the first two races of 2021. The new driver of the No. 5 Hendrick Motorsports Chevrolet finished 10th in the Daytona 500 and was running inside the top five last week when he made a mistake and crashed into a tire barrier. It was a disappointing finish after such a strong race throughout.

Larson has a chance to bounce back this week at Homestead, a place where he’s led over 100 laps each in 2016 and 2017. Though he has yet to win there, he did come very close in 2016 before Jimmie Johnson passed him in the closing laps to win his seventh title. Larson also wound up third in 2017.

At Atlanta Motor Speedway in 2019, Larson led 142 laps before finishing 12th. In 2017, he ran second, one of three top 10s overall at the Georgia track. Atlanta is comparable to Homestead as it also causes tires to wear out quickly, another positive sign he’ll run well Sunday.

Larson begins 17th and can pass several cars to possibly win or finish well, so long as he doesn’t get too close to the wall or other vehicles. He should at least meet his value on DraftKings.

Ah, finally, a strong racetrack for Harvick. It’s simply incredible that he’s ended in the top 10 in all but three races at Homestead. Unfortunately, one of those came last year where he battled a tight car early on before getting damaged on pit road. Then, after his crew made extensive repairs, the 2014 Cup Series champ cut a tire down. Harvick ended up with his worst finish at this track (26th).

However, the 45-year-old’s been outstanding here before that (when HMS was the final race of the season). The No. 4 Stewart-Haas Racing pilot notched six straight top fives from 2014-2019, the first of which was a victory after leading 54 laps. In addition, Harvick led 58 laps in 2018 and 41 laps in 2019 while challenging for another title.

Atlanta has been kind to him as well, as Harvick’s earned two wins in the last three years. He also finished in the top 10 in six consecutive events and has flat out dominated there for several years.

The Ford driver starts fourth on Sunday, which does make him risky if he encounters the same problems as last year. Still, solid track history shows that he’ll be a strong contender.

I really don’t know why DraftKings gave Hamlin a $9,600 salary. That’s really undervaluing him, as he’s earned two top fives so far this season. He is starting on the pole like he’s done in five of the past six Homestead events, so that is probably why there’s a lower price.

Though Hamlin began on the pole so much in recent years, he didn’t really capitalize on that position until last June when he led 137 laps en route to victory. The race was delayed many times due to weather and finished under the lights; will Hamlin’s handling be different during the daylight this time around? We’ll soon find out.

The driver of the No. 11 Toyota for Joe Gibbs Racing also had a good result at Atlanta in 2020, a fifth-place result after starting 10th. Hamlin also finished fourth in 2018 and won the 2012 event.

Look for the Joe Gibbs Racing veteran to rack up those fantasy points for laps led and fastest laps.

Dillon has slowly but surely improved each time he competes at Homestead. Last June, he gained nine positions to finish seventh, while the year prior he began 22nd and ended eighth. He and the No. 3 Richard Childress Racing team has found speed and can really attack this track; he tacked on six fastest laps in last year’s event.

What’s even better is that Dillon will start 22nd Sunday and can earn a lot of DraftKings points if he moves through the field. The 2018 Daytona 500 winner can continue to achieve a good result this week if he keeps his car clean.

Dillon’s RCR teammate Reddick is another option, as he’s starting 35th and finished fourth last year (though he started slowing down on the last lap!).

OK, so maybe Suarez hasn’t gotten the hang of Homestead in the Cup Series yet. However, he did finish 14th there in 2019, which isn’t bad considering. He also earned a sixth place and a victory in 2015 and 2016, respectively, in the NASCAR Xfinity Series.

Suarez is now driving the No. 99 car for Trackhouse Racing and earned a 16th-place finish last week at the Daytona road course. It was quite the run for a guy who started 35th and got sick in the latter half of the race. This week, he’ll drive from 21st and hope to move through the field while continuing to learn about his new car setup.

His salary remains low for the third race in a row, which is truly puzzling. Take advantage of it while you can and plug him into your lineup.

“Another rookie? You know what happened last time you played a rookie, right?” Yes, I know; Briscoe had a very rough time last week en route to 32nd. Alfredo, however, attained nine spots in that same race to end up 22nd, earning 29 fantasy points as a result. His salary is also very inexpensive, which allows you to place other dominators into your roster.

Though the No. 38 Front Row Motorsports wheelman doesn’t have experience in a Cup car at Homestead, he does have some in Xfinity. He finished fourth and 11th in last year’s doubleheader while competing for RCR. Also, Alfredo ended 10th at Atlanta after starting 24th.

The rookie will begin in 27th and could meet his DraftKings value if he gets at least a top 20.