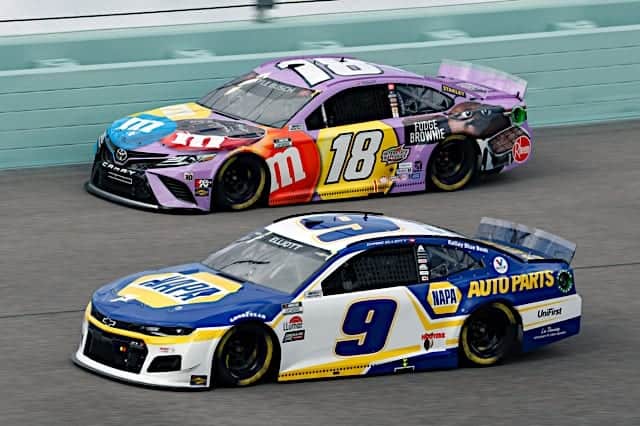 All of the penalized Cup and Xfinity teams were found in violation of section 10.9.10.4 of the rule book., which deals with lug nuts not being properly installed.

Reddick, Truex and Busch all finished in the top 10 at Homestead.

It’s simple to make teams properly secure lug nuts which would be if they
are lose or missing fine the owner & driver 50 points per lug nut that doesn’t
meet the criteria of properly secured or if it is a repeat offender add a disqualification
penalty in addition to the 50 point per nut penalty.