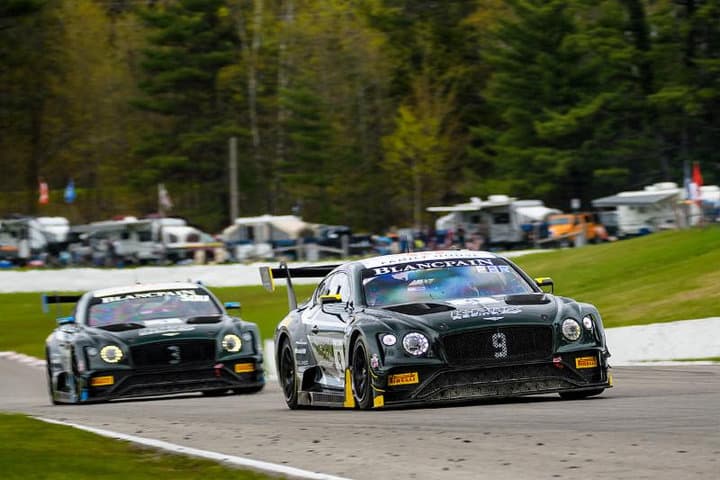 SRO America announced Tuesday (March 2) that the Fanatec GT World Challenge America powered by AWS races at Canadian Tire Motorsport Park, scheduled for May 22-23, have been scrubbed for 2021.  This move is due to the COVID-19 pandemic and ongoing restrictions on movement.

“We are extremely disappointed that we aren’t able to share our season with our Canadian friends,” said Greg Gill, SRO Motorsports America’s president and CEO, in a press release.  “Our appearance at the Victoria Day SpeedFest event is a featured stop in our series that’s beloved by our teams and drivers, as well as our Canadian fans that support us, year after year. We look forward to the return to racing up North when it’s safe and practical for all involved to do so.”

SRO America was scheduled to be the headliners for the Victoria Day SpeedFest, a race weekend shared with the Canadian Touring Car Championship and a couple of other series.  For now, the SpeedFest in general is up in the air.

As of this writing, the border between the United States and Canada is still closed to non-essential travel.  That would make it very difficult for non-Canadian teams to get into and out of the country.  Officially, the Canadian government has the border closed on a 30-day basis.  However, that closure has been renewed 11 times since March 21, 2020.  It is currently closed until March 21 of this month, but that could easily be extended by another 30 days at any time.

It should be noted that SRO America does not consider the weekend to be cancelled, even though they will not race at CTMP in 2021.  Their current plan is to relocate the races (two each for Fanatec GT World Challenge America powered by AWS, Pirelli GT4 America, GT America and TC America) to the other race weekends in the United States.   As a result, each one of SRO America’s series will not lose any races.  This plan is not complete as of yet, but if 2020 is any guide to go by, there will likely be tripleheader weekends at a number of different venues later this season.

In addition to the border closure, there are also strict quarantine requirements which athletes and those that support them are not exempt from, unlike in the United States.  At present, anyone entering Canada has to provide a negative COVID-19 test result from within the previous three days before entering the country.  In addition, anyone that comes into the country must self-isolate or quarantine for 14 days.  In addition, Ontario requires anyone entering the province to self-isolate for 14 days as well.  Finally, a recent addition is that anyone who is allowed to enter Canada by air can only do so into four airports (Calgary International Airport, Vancouver International Airport, Toronto Pearson Airport and Montreal Pierre Trudeau International Airport).  Prior to departure, they must book accommodations at a government-approved hotel for a minimum of three days at their own expense while waiting on results of a COVID-19 test taken upon arrival.  In order to leave the government-approved hotel, you have to test negative at the end of the three days.  If you test positive, you stay in the hotel at your own expense for the full 14-day quarantine.  If you test negative, then you go complete your 14-day quarantine at your final destination.