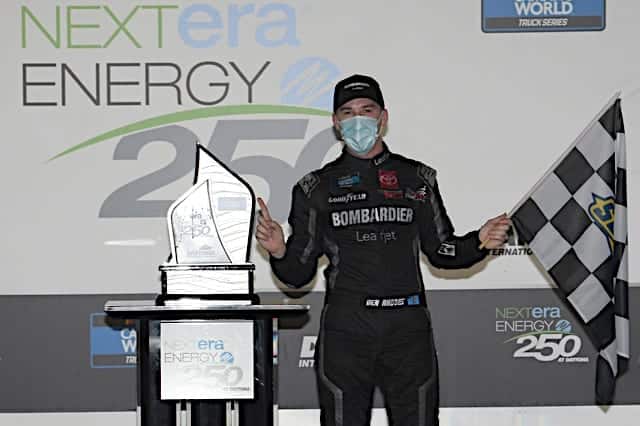 Rhodes looks to continue his winning ways after sweeping the first two events at Daytona International Speedway (on the oval and the road course).