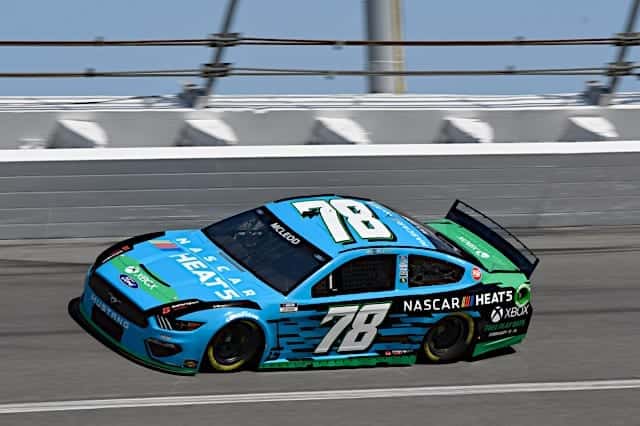 Golobic will drive in place of the team’s usual entrant, co-owner BJ McLeod. McLeod also stepped out of the No. 78 in favor of road course specialist Scott Heckert at the Daytona International Speedway road course.

“I believe every racer has dreamed of the opportunity to race in the NASCAR Cup Series, and the fact that it’s going to happen on dirt at Bristol Motor Speedway only makes it sweeter,” Golobic said in a team release. “This opportunity honestly fell into our lap out of nowhere, and it’s something you just can’t pass up. I am so thankful for everyone involved in making this happen, as well as everyone who has had a hand in helping me get to this point in my career.”

Golobic drives for Matt Wood Racing at dirt tracks in the U.S. normally; Wood is partnering with LFM for this event.

Chris Windom is the other dirt driver announced so far for the Cup race this month, driving the No. 15 for Rick Ware Racing.