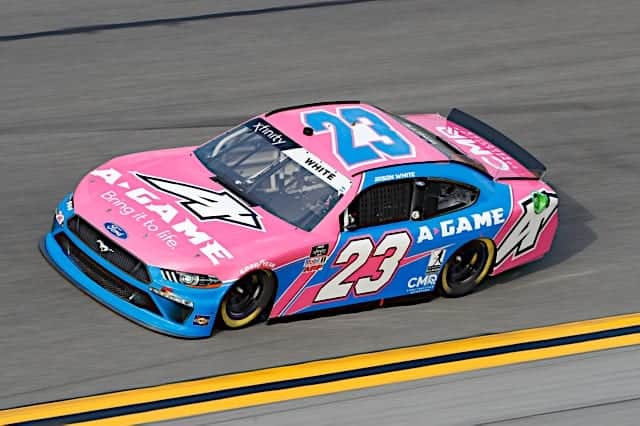 Our Motorsports will field the No. 23 for the rest of the 2021 NASCAR Xfinity Series season, the team announced March 4.

The No. 23 will be run in addition to its full-time No. 02 Chevrolet driven by Brett Moffitt.

The No. 23 replaces the No. 03, which was originally expected to run full time in 2021 via Our but has not had enough owner’s points to make the field due to the lack of qualifying.

“We are excited to have acquired the No. 23 for the remainder of the NASCAR Xfinity Series season,” Our general manager Joe Williams said in a release. “This will be a big part of building our program and helps us know that we will be racing a full season this year, given the qualifying and format changes due to COVID-19. We have had a great start to the season already, and I look forward to our program continuing to improve as the season progresses.”

Jason White and Natalie Decker drove the No. 23 in the first two respective races this season, both in a partnership between RSS Racing and Reaume Brothers Racing. Tyler Reddick drove it in the most recent race and crossed the finish line in second, but the No. 23 failed post-race inspection so he finished 40th due to the disqualification. Reddick will again drive the No. 23 in the upcoming race at Las Vegas Motor Speedway.

There has been no update as to Decker’s status driving it. She was slated to compete in five races this Xfinity Series season.