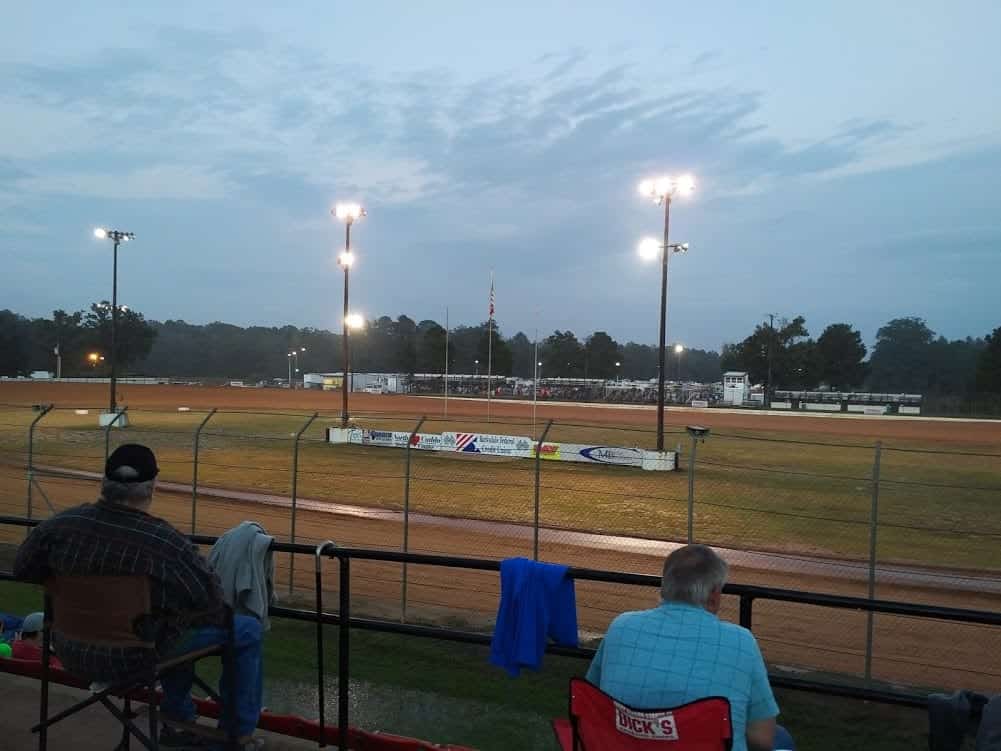 Turning the page on 2020 sounded good on paper. Actually getting somewhere better in 2021 is proving to get lost in translation.

Mother Nature has taken its toll on dirt racing over the last few weeks, in more forms than one. Saturated race grounds led to the Big O Speedway in Ennis, Texas and the Duck River Raceway Park in Lewisburg, Tennessee canceling marquee events a week before the green flag was to drop, with both the Texas Wingless Nationals and the World of Outlaws Late Model Series seeing $10,000 features disappear from the weekend slate.

With saturated grounds at Duck River Raceway Park and more heavy rainstorms projected throughout the week, the March 5 event at the raceway has been canceled. ?

Ongoing COVID restrictions within the state of New Mexico resulted in the season opener at Vado Motorsports Park being delayed, as well as the Wild West Modified Tour canceling their scheduled race date at the Aztec Speedway. Said restrictions already led Cardinal Speedway in New Mexico to close for good earlier this year.

Thinkin’ Dirty earlier this weekend recapped the struggles Thunder Valley Speedway in Salem, Indiana faced over the weekend courtesy of flooding. But even that mess was topped by what’s facing grounds crews at the Ponderosa Speedway in Junction City, Kentucky are facing, as floodwaters literally destroyed the bridge used to access the track.

Thankfully we have something left to work with and the water has went down !

If there’s one bright spot for dirt racing in terms of facilities withstanding the weather, it’s the newly constructed dirt surface at the Bristol Motor Speedway, where race cars took to the high banks for the first time in testing.

Outside Groove had plenty to report about driver feedback on what cars would need to run competitive laps on the Bristol surface, and there are no shortage of concerns relating to equipment as they relate to the upcoming Bristol Nationals, especially given that more than 1,400 cars are entered for said event. But the good news is that for all the unanswered questions about how the race cars will take to the track, the track itself appeared to hold up.

“This dirt holds water really, really well,” dirt racer Kyle Brown told Racing News’ Shane Walters after testing at Bristol earlier this week. “It never really lost moisture, even when it was in the sun.”

“Grip was not a problem. Even when it was slick, it had grip.”

Positive reviews to be sure, and good news for all involved, be they following the Bristol experiment for the sake of the much ballyhooed Cup race, or for the inaugural Nationals event that will likely prove the biggest dirt racing event of 2021 in terms of car count, exceeding even the Tulsa Shootout micro sprint event back in January.

With data points slowly starting to trickle out, it’s not surprising that Cup Series drivers facing the first dirt race for said series in more than 50 years are grabbing seats in dirt cars for the Bristol Nationals event the week prior. As of this writing, Kyle Busch, Austin Dillon, Corey LaJoie, Kyle Larson and Joey Logano have all secured rides for the Nationals, presumably to gain seat time on a surface new to all.

A good idea on paper. But will it translate into anything in terms of results?

Of the five drivers listed, it can be argued that the two most likely to benefit from said seat time are LaJoie and Logano, based on their level of dirt experience, or lack thereof; LaJoie has never raced a full-sized dirt car, while Logano’s debut in such a machine came just a few weeks ago at Volusia Speedway Park behind the wheel of an UMP modified. Logano, to his credit, ran credibly against a stacked field of modifieds contesting the DIRTcar Nationals. With dirt such a foreign experience for them, just racing competitively in anything will at least shake some of the unfamiliarity off.

Having said that, LaJoie and Logano, as well as Dillon, will be racing machines that have little similarity to the Cup cars they will be driving when NASCAR soils itself. Both Dillon and LaJoie will be wheeling 602 crate late models, which to those unfamiliar with the field are late models that run roughly 600-horsepower spec engines that are low on RPMs and lack the throttle response of a full super late model. Given that the Cup cars will be running their top-line 750 horsepower engine package on the Bristol high banks, the 602s will be at best underpowered experience.

As for Logano, he will be wheeling a modified similar to those he raced at Volusia last month. While his modified will possess an engine in the neighborhood of 800-horsepower, closer to that of a Cup engine, but said modified is a) open-wheeled and b) runs on narrow tires that will not compare to the wide posture of a Cup car.

Of the five Cup drivers currently scheduled to race the Bristol Nationals, Busch and Larson will be the only two running a car close in comparison to a Cup car, as each will be racing a 900-horsepower super late model that will prove the closest comparison in terms of throttle response to a Cup car. However, that still won’t account for a Cup car weighing nearly 1,000 pounds more than a typical super late.

And then there’s the “big” news, with NASCAR finally unveiling the race format for their return to major-league dirt racing. Well, most of it anyway. The announcement has not been made yet as to how many cars will start the feature portion of the Cup race at Bristol, a sure sign that NASCAR will go the protectionist route and guarantee their 36 charter teams a spot in the field. If that’s the case, the heat races being run as part of the event will prove an inconsequential waste of time, with no need for drivers to race with any form of urgency.

After all, the Cup feature will consist of two 75-lap stages and a 100-lap stage. All of said stages are going to be at least 25% longer than the $50,000-to-win super late model feature that will culminate the Bristol Nationals. With that many laps to make up ground in the running order, what the hell difference will a heat race make to a driver locked into the field?

Face it, Cup race heats at Bristol are going to be competitive hot lap sessions. Which begs the question why Cup drivers would even bother seeking out track time the week prior. Even if said practice sounds good on paper.

Of course, the same could be said for Cup racing’s return to dirt as a whole. Meaningless heat races that lead straight to an A-main with no last-chance qualifier robs the pending Cup program of any of the suspense seen at your local dirt track. Stages of 75-100 laps are far longer than seen in 99% of dirt races run in this country, and there’s a reason for that; 30-40 lap features prove the perfect mix of gotta go urgency and duration still requiring tire management. 75-100 lap stages mean a lot of racing at 75% effort. Yawn.

And then there’s the track surface itself. As previously discussed, the early reviews from the late model crowd were good. They also aren’t comparable to what a Cup race will be. Putting 36 3,400-pound cars on said surface for that many laps could easily rubber the surface so slippery that a single-groove parade emerges where a race was supposed to happen. Yes, the last few years of Truck racing at Eldora avoided that fate, but Eldora’s field was smaller, its races were shorter, and its confines were tighter.

Cup cars racing dirt at Bristol is sooo 2021. It sounded good on paper.