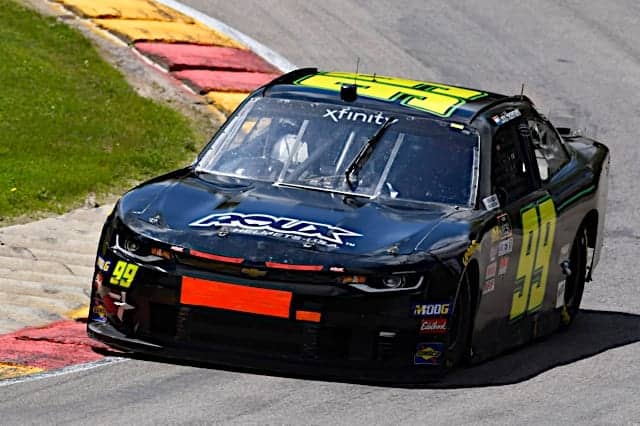 Loris Hezemans is returning to the NASCAR Xfinity Series.

The Danish driver will pilot the No. 13 Chevrolet for Reaume Brothers Racing, in a partnership with MBM Motorsports, in two events this season, beginning at Phoenix Raceway for the Call 811 Before You Dig 200, RBR announced March 5.

It will mark the first experience on a NASCAR oval for the road course specialist.

Hezemans will then be back behind the wheel at Charlotte Motor Speedway on May 29.

“I am very excited to announce that I will be joining Reaume Brothers Racing for the NASCAR Xfinity Series at Phoenix on March 13,” Hezemans said in a team release. “My No. 1 priority for this race weekend is to bring the car home and gain as much experience as possible. Without any practice or qualifying the learning curve will be a big step, but I am fully up for the challenge.”

Although he is a relative newcomer to American stock cars, Hezemans is a stalwart on the NASCAR Euro Series and even won its championship in 2019.

The 23-year-old first journeyed to America in 2019 for a one-off NXS event with BJ McLeod Motorsports at Road America. He finished 22nd.

Reaume Brothers Racing had operated the No. 23 Chevrolet this season in conjunction with RSS Racing before selling its owner’s points to Our Motorsports this week. MBM Motorsports currently owns the No. 13 entry. It remains unclear the extent of Reaume’s involvement with the MBM organization outside of these two races. David Starr had been announced for the No. 13 for the remainder of 2021.