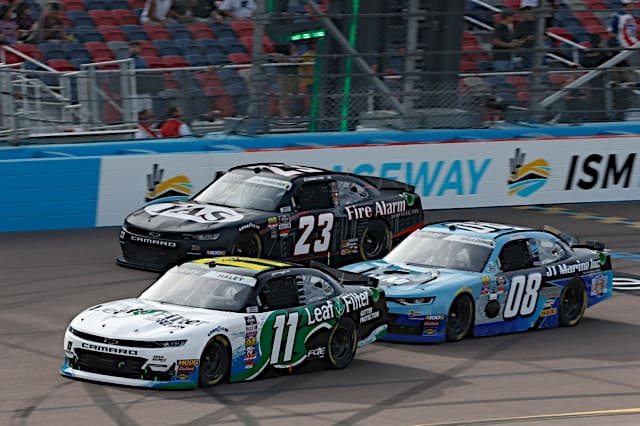 Forty-three drivers are entered for the fifth NASCAR Xfinity Series race of the season at Phoenix Raceway.

JJ Yeley will pull double duty as he will drive the No. 17 SS Green Light Racing/Rick Ware Racing Ford while also competing for RWR in the Cup Series this weekend

Blaine Perkins will make his Xfinity Series debut driving the No. 23 Our Motorsports Chevrolet.

MBM Motorsports will field Loris Hezemans in the No. 13 Toyota, David Starr in the No. 61 Toyota and Timmy Hill in the No. 66 Toyota. Chad Finchum is currently entered in the No. 13 but is not expected to compete.

The Xfinity Series race at Phoenix will take place on Saturday, March 13 at 5:30 p.m. ET, with TV coverage provided by FOX Sports 1.