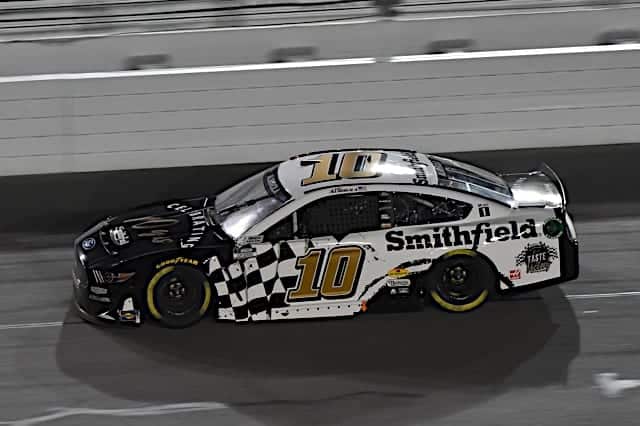 Pit Boss Grills will come on board with Aric Almirola and the No. 10 Ford team in two races in the NASCAR Cup Series, Stewart Haas Racing announced March 8.

The grill company has been a sponsor since 2018 in the sport.

Almirola’s No. 10 Pit Boss Ford Mustang will make its debut this Sunday at Phoenix Raceway for the Instacart 500. Pit Boss will then return on Almirola’s car for the March 21 race at Atlanta Motor Speedway.

“There isn’t a better fit for our program than this partnership with Pit Boss Grills,” Almirola said in a team release. “This is my 10th year racing for Smithfield, so grilling is an established part of my lifestyle, both at home and at the track. The same is true with NASCAR fans. Morning, noon and night, they’ve got their grills going. We’ve brought them a lot of Smithfield product over the years, and now we can show them how to go the extra mile with Pit Boss Grills.”

In addition, Pit Boss will be featured on SHR’s No. 41 eSports entry for the NASCAR Coca-Cola iRacing race on March 16.