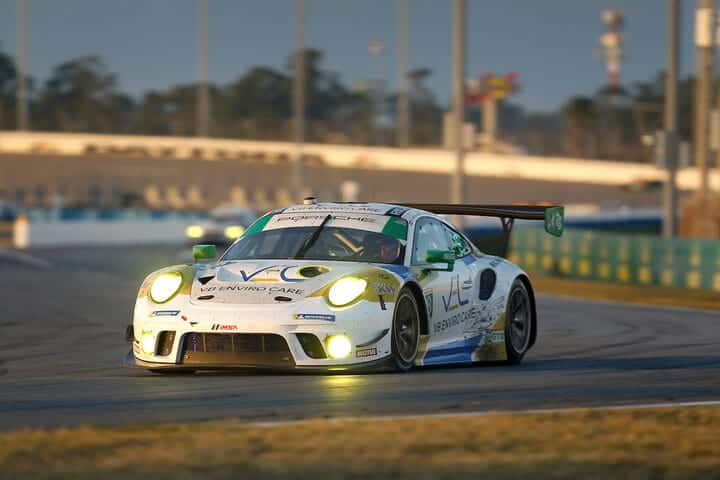 Team Hardpoint/EBM announced Monday (March 8) that they will be expanding their operation to two Porsche 911 GT3 Rs, effective immediately.  Katherine Legge and Christina Nielsen will now be full-time in the No. 88 Porsche in the IMSA WeatherTech SportsCar Championship’s GT Daytona class.  Sponsorship will be provided by Richard Mille, a Swiss manufacturer of watches.

“I’m really excited to be joining Team Hardpoint EBM again, especially with Richard Mille as a partner,” Legge said in a press release.  “I’m really proud to represent both Richard Mille and Team Hardpoint EBM and team with my friend Christina [Nielsen]. I think we’ll be a force to be reckoned with. I’m very grateful to be given that opportunity and have to thank VB Enviro Care for helping us to get the program started at Daytona.”

Nielsen is a two-time champion in the GT Daytona class (2016 and 2017) during her time with Scuderia Corsa.  Since the end of 2019, she’s raced only sparingly after the GEAR Racing effort fell apart.

“I’m looking forward to what will be a different setup with Katherine and I joining forces in our own car and being teammates to Rob and Earl,” Nielsen said.  “I’m grateful to the partners we have on board, especially Richard Mille, and to Team Hardpoint EBM and Porsche. I know we’ll have everyone working as a united effort to hopefully achieve some good results.”

As for Bamber and Ferriol, they will move into the new No. 99 Porsche that will race alongside Legge and Nielsen.  Sponsorship for that car will be provided by GridRival, a mobile app designed to facilitate fantasy leagues for race fans.  This app has previously sponsored the team in both the IMSA WeatherTech SportsCar Championship and in Michelin Pilot Challenge.

With the addition of a second full-time car, the team now has two endurance driver slots to fill for the three remaining Michelin Endurance Cup races.  No announcements have been made regarding the identities of those drivers.  However, that news will be revealed in the near future knowing that the Mobil 1 12 Hours of Sebring presented by Advance Auto Parts is less than two weeks away.