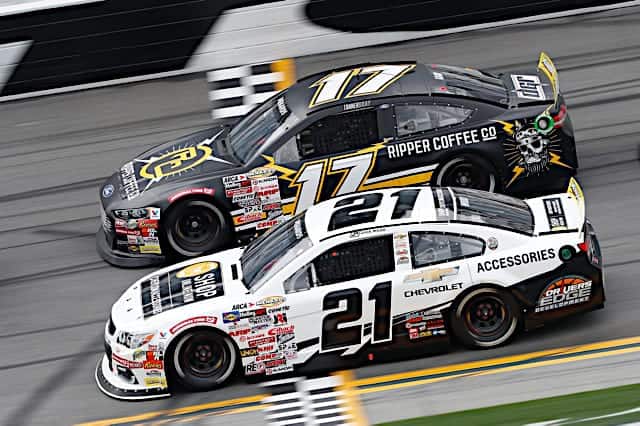 Jack Wood will compete full time in the 2021 ARCA Menards Series season, according to an ARCA-sanctioned Zoom call on March 10.

Wood was originally announced to run the full ARCA Menards Series East slate as well as the 10-race ARCA Menards Series Sioux Chief Showdown for GMS Racing in its No. 21, but the 20-year-old has since been moved up to the main series, having missed the East division’s second race of the season at Five Flags Speedway last month.

GMS confirmed to Frontstretch that Wood’s 2021 schedule indeed has shifted from what was originally announced, but no further details were provided by the team.

Wood has competed across all three ARCA series, including ARCA West as well. Combined, he has one top five and nine top 10s, with a career-best finish of fifth in the West race last year at Colorado National Speedway.

Wood debuted in the main ARCA series this year with a ninth-place finish in the season opener at Daytona International Speedway.

Prior to this season, former ARCA team owner, as well as crew chief, Chad Bryant joined the organization to helm the GMS Racing ARCA operation. In addition to Wood joining GMS Racing this year, he also became a member of the 2021 Drivers Edge Development program.

It’s not currently known whether Wood will run other East-only races this season or if his focus has been shifted solely to the main series and the Showdown.