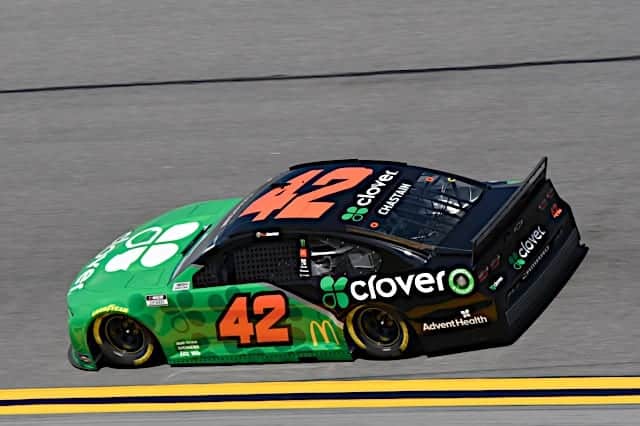 Moose Fraternity will be a primary and associate sponsor for multiple events.

The fraternity first partnered with Chastain for three races in the Xfinity Series last year.

“I really enjoyed getting to know the team from the Moose Fraternity last season and was honored to be made a member of the Order, and it’s great to welcome them to Chip Ganassi Racing and the No. 42 team in the Cup Series,” Chastain said in a team release. “Their members do a lot of good work in communities across the country, and with everything going on I can’t think of a better time to help promote what the Moose do and who they are.”

It is not yet known the full primary schedule for Moose Fraternity and the No. 42 team.