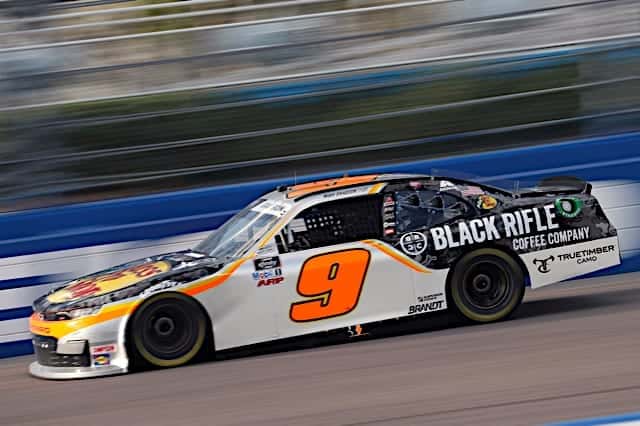 What have we learned four races into the 2021 NASCAR Xfinity Series season? Simple: Expect the unexpected.

If you’re looking for a series in which one driver dominates each week and everyone else is running for second place, Xfinity is not for you.

Defending series champion Austin Cindric opened up by winning at Daytona International Speedway, but it’s hardly been a clean sweep since then, as the next three races have been claimed by Ty Gibbs, Myatt Snider and, most recently, AJ Allmendinger.

The element of surprise makes this series worth watching; it’s the antithesis of back when Kyle Busch, or further back Mark Martin, would have a leg up on the field when the race began.

Could we see five different winners in five races this Saturday at Phoenix Raceway? Here are five who could have the best chance.

Riley Herbst: He has had good runs in spots, but Lady Luck has not been kind to him. Stewart-Haas Racing can win races, as shown a year ago with Chase Briscoe. For Herbst, it’s a matter of it all falling into place.

His past history at Phoenix does not hurt, either. A season ago, he posted two finishes at the Arizona track of 11th or better.

Sure, failing to finish three of four races to begin a season can be rattling, but the confidence of having strong finishes at this same track last year could be just the mental edge that Herbst needs.

Noah Gragson:  Had a much-debated turn of events gone differently at Homestead-Miami Speedway, we’d be talking about Gragson as a race winner. Instead, he still is seeking his first of the year.

Gragson races every lap like it’s the last. Sometimes that works well and can get him to the front, and other times, that all-or-nothing approach can backfire. If the former continues to happen, Gragson will be in a position to win multiple races.

That could very well begin this weekend at Phoenix for Gragson, who finished second last year there. In fact, in all but one race he has entered on the Xfinity side at Phoenix, he has finished in the top 10.

Daniel Hemric:  There are perennial bridesmaids, and then there’s Hemric. Eight times, he has finished second in the Xfinity Series and is still seeking his first win. It’s reminiscent of the plight of Chase Elliott with his close calls in the Cup Series prior to his maiden victory. As has been seen, once that first win comes, the floodgates open and winning should come easy.

Plus, Hemric has the ally of experience on his side, having run a full season in the Cup Series in 2019. Seat time is seat time, and it’ll translate into race wins soon for Hemric, who also should enter knowing that he has run well at Phoenix, having scored four top 10s.

Jeb Burton:  When you run well consistently, odds are good that you’ll have a chance to win. That’s the story of Burton so far this season, being one of only a few drivers with a top-10 finish in each race. When you are with a new team, running well helps build momentum out of the gate, and Burton is doing that so far.

This is Burton’s first scheduled full-time season in the Xfinity Series, and so far he is taking full advantage of his opportunity at Kaulig Racing. In just four races to begin the current season, he has matched his career high for top-five finishes, with three within four races. Plus, given Allmendinger’s success last weekend at Las Vegas Motor Speedway and in 2020, there’s no doubt Kaulig is capable of winning races, something that should also swing in Burton’s favor.

Brandon Jones: Take away being caught up in a crash in the season opener at Daytona and Jones would be the most consistent driver in the series. Since then, he has finished no worse than fourth.

Few drivers should be as confident as Jones heading to Phoenix this weekend because of one simple fact: he is the defending race winner, having led twice for 24 laps last year, including the final 20 circuits.

When you combine Jones’ confidence and willingness to get up on the wheel and cars coming out of the Joe Gibbs Racing stable, it’s not hard to expect Jones to get his first win of 2021 soon.