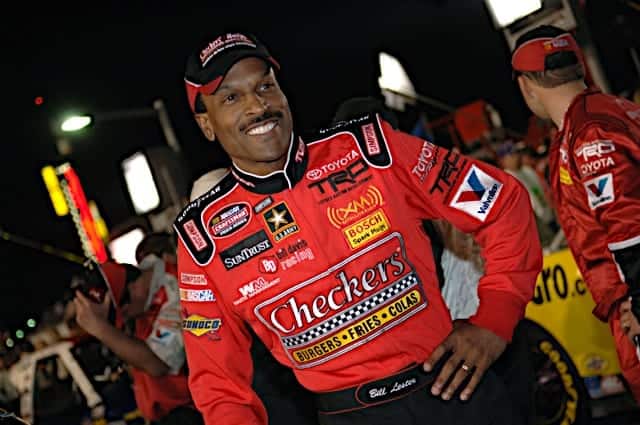 Bill Lester is back.

The 60-year-old racer will pilot the No. 17 Ford F-150 in a one-off for David Gilliland Racing at Atlanta Motor Speedway, marking his first NASCAR Camping World Truck Series appearance since 2007.

The announcement comes after Lester hinted at a possible return to NASCAR last month on NASCAR Race Hub.

“I’m not out there to set the world on fire,” Lester told FOX Sports. “I’m out there to have a good run and a respectable run. And if I accomplish that, then I will have achieved my goal.”

.@Bill_Lester announced his intent on RaceHub to return to the @NASCAR_Trucks, and now it’s official! Lester will drive the No. 17 F-150 at @AMSUpdates on March 20 with support from @campingworld, @tommys_express and Greater Atlanta @Ford Dealers.

One of the few African Americans to have raced in NASCAR is hoping that his return to the sport goes smoothly despite not being behind the wheel of a stock car in over 15 years.

“I’m sure there are going to be some raised eyebrows and some boobirds out there, but I don’t care,” Lester said. “The fact is I believe firmly and wholeheartedly that I can do it.

Lester was a stalwart on the Truck Series circuit between 2000-07, recording three poles in 142 starts. The Washington D.C., native also made two NASCAR Cup Series starts in 2006, his first of which came at Atlanta.

Lester joins David Gilliland and Riley Herbst as part-time drivers of the No. 17 Ford, which currently sits 15th in Truck owner points.

Met him years ago and he’s a great guy.

Let’s just hope nobody gets hurt on this fast track. Of course we say that about every race.