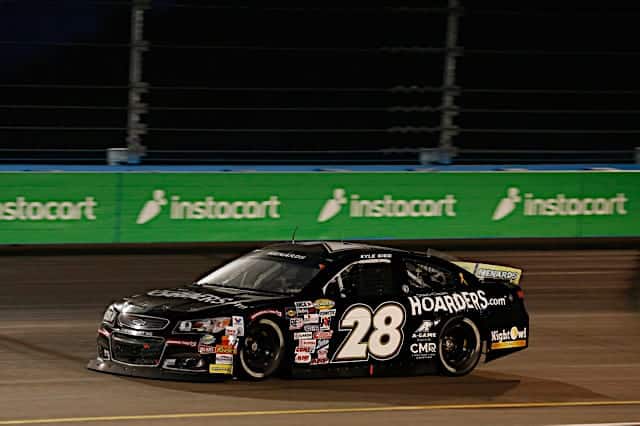 Sieg made three ARCA starts last year, scoring his best finish of 10th in the race at Lucas Oil Raceway. This year, his family-owned team, RSS Racing, moved its part-time competitor/crew chief Jeff Green to atop the No. 28 ARCA pit box, giving Sieg a veteran presence. The team announced before this season that Sieg would run a part-time schedule in addition to his older brother Ryan Sieg continuing to run full-time in the NASCAR Xfinity Series.

Sieg started the race at the one-mile track in Avondale, Ariz., in 16th place after qualifying was canceled due to inclement weather. The lineup was therefore set via the ARCA rule book.

Sieg steadily drove his way toward the front, avoiding the cautions and keeping his No. 28 clean. About a third of the way through this race, he had already driven up to the seventh place.

When the race restarted following the competition caution, Sieg was in third place, behind eventual race winner Ty Gibbs and Nick Sanchez.

While Sanchez’s race ended due to a wreck, and Gibbs and Daytona winner Corey Heim drove their way to the top two positions, Sieg maintained his top five run.

On the final restart, Sieg was in third place. He lost one spot on the final green-white restart to Thad Moffitt, but Sieg crossed the finish line in fourth, a best for him as his team contemplates running full-time this year.

Ooh, another possible full-time ARCA competitor? MAVTV reports RSS Racing is contemplating fielding Kyle Sieg for this full season. He has veteran Jeff Green atop his pit box too – it would be a neat storyline for sure#ARCA #ARCANightInAmerica

Finished 4th at @phoenixraceway tonight. Proud of the effort by everyone on our small family owned team. Looking forward to the next one. pic.twitter.com/kw2G6aPp9a

After two races so far this ARCA season, Sieg joins the two race winners, Heim and Gibbs, as the only drivers to score top-five finishes in both races this season. Furthermore, he is one of four drivers to earn a top-10 finish in both events this season too, and the fourth driver, Drew Dollar is only driving a part-time schedule this year.

Sieg is only 18 years old and has only made eight combined starts across all three ARCA divisions. The MAVTV broadcasters also were impressed by his debut in the 2020 Snowball Derby at Five Flags Speedway, arguably one of the most prestigious late model races. When ARCA heads to Talladega Superspeedway, it will be Sieg’s first start there. But he can lean on his brother Ryan, who scored his career-best Xfinity finish at Talladega last fall.

I watched last night’s ARCA race from Phoenix on NBC Sports Gold. And all I can say is that if this is how the ARCA races with Ty Gibbs in them are going to be, I can go ahead and cancel my subscription. B-O-R-I-N-G!