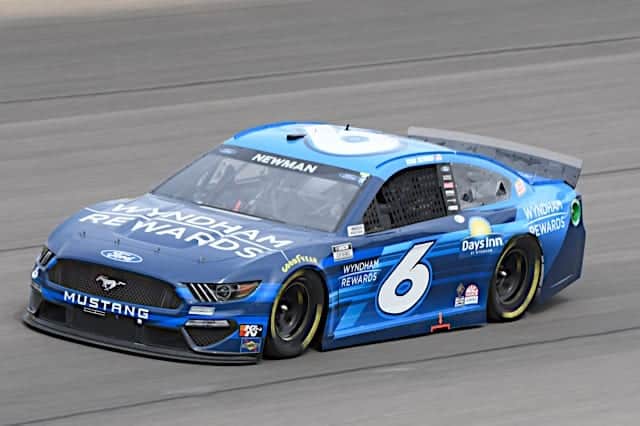 Less than five months after Michael Jordan announced his entry into NASCAR with 23XI Racing, it’s being reported that LeBron James could be entering the game via Roush Fenway Racing.

The Boston Globe reported Tuesday that James, a four-time NBA champion, is the newest partner of Fenway Sports Group, the parent company of Roush Fenway Racing.

RFR fields the No. 6 of Ryan Newman and the No. 17 of Chris Buescher in the NASCAR Cup Series.

The Boston Globe is owned by John Henry, the principal owner of the Fenway Sports Group.

James currently plays for the Los Angeles Lakers and is often the subject of debate about whether he or Jordan is the best basketball player of all time.

This wouldn’t be James’ first time experiencing NASCAR or working with RFR.

Ten years ago, Fenway Sports Management entered a partnership with LRMR Marketing & Branding, which is co-owned by James. In 2015, Roush tried to use those ties to help Bubba Wallace, who then raced for the team in the Xfinity Series, find sponsorship.

In 2005, James’ image was on a car driven by Bobby Labonte as part of sponsorship by Powerade.

RFR, founded by Jack Roush as Roush Racing, has competed in NASCAR since 1988. Across all three series, it has earned 325 wins with 137 in the Cup Series. It has also claimed two Cup championships, with Matt Kenseth in 2003 and Kurt Busch in 2004.

Frontstretch has reached out Roush Fenway Racing for comment but had not yet heard back at press time.