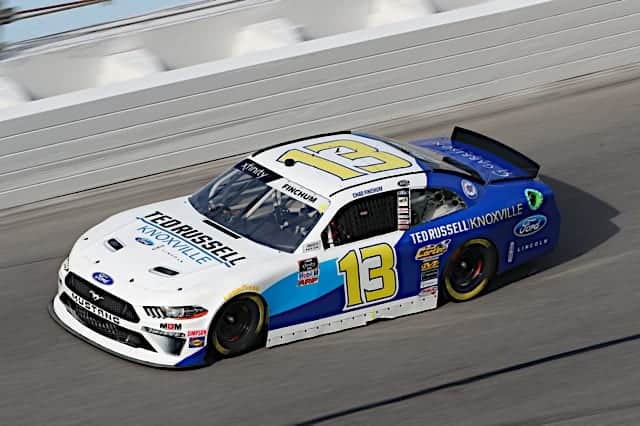 Jaskol previously competed in the Indy Lights Series in 2007. He also has had karting experience and won the 20th annual Fall Classic NASCAR Super Late Model at Las Vegas Motor Speedway, according to TobyChristie.com.

Additionally, Jaskol was a Hollywood stuntman and competed on the television show Castaways.

?ANNOUNCEMENT?Sorry for the delay everyone but here’s the big news! I will be back in a race car!! As of now it is a 4 race deal with @mbmmotorsports w/ partnership from @The4LessGroup in the @xfinityracing series starting at Martinsville,VA April 9th! NEVER give up! ?? $FLES pic.twitter.com/W8Z1DpC5ua

His full schedule of races was not yet announced. David Starr, who was previously scheduled to compete full time for the team, drove Nos. 13 and 61 this season. Loris Hezemans also drove the No. 13 at Phoenix Raceway.